A 39-year-old Kejick Bay resident is facing multiple charges after Lac Seul Police Service (LSPS) responded to a call about an impaired driver entering the community on January 6.

LSPS officers conducted patrols and located the suspect vehicle. Police say the driver was found to be impaired by alcohol with open liquor inside the vehicle. Police further informed that a search of the vehicle resulted in a firearm and ammunition being discovered.

As a result of this investigation, LSPS arrested and charged the individual with:

The individual’s driver’s licence was automatically suspended for 90 days and his vehicle was impounded for seven days under the Provincial VIP Program.

The accused will appear in Lac Seul Court on March 31 to answer to the charges.

Lac Seul Police Service state that they remain committed to road safety & reducing impaired driving in the community. LSPS is asking if people suspect someone is driving while impaired, please call 911 immediately. 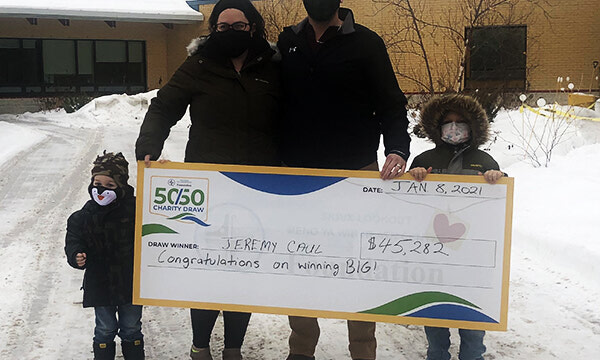 An auspicious start to 2021 for Sioux Lookout resident Jeremy Caul and his family. Caul was the lucky winner of the Sioux Lookout Meno Ya Win Health Centre (SLMHC) Foundation s 50 50 Charity Draw for the month of January. The January draw generated...