A local author is gaining recognition outside of our community after being featured on the website of ROOM Magazine.  As a recent guest on ROOM Magazine’s “Indigenous Brilliance” podcast, Crystal Harrison Collin was invited to read one of her pieces, titled “Mishkikamiin”, after a friend convinced her to submit her story for consideration. As Collin relates,  “Actually it was a friend of mine who passed on a link through Facebook and she said ‘I think you should submit one of your stories,’ and I was like, ‘Oh, yeah…’,  not really thinking, you know, too serious about it, but at the last minute of course I was like, ‘You know what, I’m just going to throw it in there, why not’. And so that’s what I did. And then I was contacted about it, and they wanted me to do a reading and an interview. It was a really good experience. I was impressed as well because there were authors that they’ve had on their podcast before, Indigenous authors that are very well known, like Billy-Ray Belcourt, Alicia Elliot, so I was like, ‘Oh! Really?’”

Collin traces her love of writing back to her childhood and credits her late mother with starting her on the path she continues down to this day. “My mom was an avid reader, she felt that literacy was very important, and storytelling and reading, so books and stories were always a big part of my life growing up for as long as I can remember.” recalls Collin. “When I was young, I was told by my elders that I had a knack for storytelling…it was my grade one teacher, Mrs. Gabrielson at Wabigoon School, she encouraged me to put my thoughts onto paper, so that’s what I did. I had a little journal, she gifted me a journal and all I would do is write and build characters and just make stuff up and I would just throw stories together, so it started when I was probably in…early elementary.”

After winning a writing competition for area schools in third grade, she’d had her first taste of writing, and writing contests. Coming back to the experience of being on the podcast, Collin says, “I felt like it was a really good experience, it was exciting, since I’ve never been published like anywhere else outside of the community. It was on a podcast, they felt that it would be better spoken, they wanted to hear it coming from me, they felt it was a story that would be better shared on a podcast so that listeners, they can really feel it, I guess? And they felt that that would be more suitable”.                          Some readers may even remember one of Collin’s stories being run right here in The Sioux Lookout Bulletin some years ago. Collin remembers, “It was called ‘And she danced on…’. It was a story about my late mother. She passed away in 2005, and I can’t remember if it was for a Mother’s Day edition, or if it was for Christmas, it might have been both, but I submitted the story and Dick McKenzie published it in there. I had a lot of positive feedback, there were people in the community that I’m not really familiar with, but they had reached out and said like ‘Wow, your story was amazing, it made me cry,’ and ‘It was really good.’” 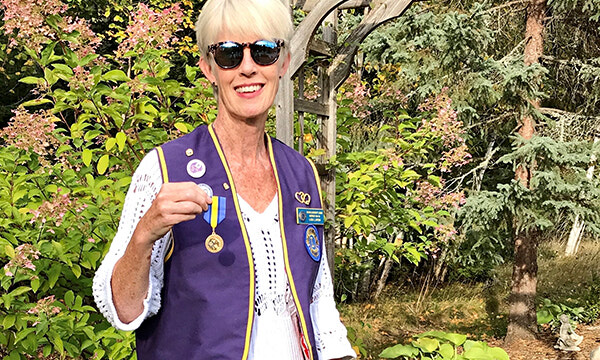