The Government of Canada’s recent announcement that it will be reopening its border to American visitors is a huge encouragement for seasonal businesses relying on tourism from the United States.

Starting August 9, Canada plans to begin allowing entry to American citizens and permanent residents who are currently residing in the United States, and have been fully vaccinated at least 14 days prior to entering Canada for non-essential travel, shared a July 19 federal news release. The return of these American tourists will also be accompanied by the flow of greenbacks that they spend locally.

The news release adds that subject to limited exceptions, all travelers must use ArriveCAN (app or web portal) to submit their travel information. If they are eligible to enter Canada and meet specific criteria, fully vaccinated travellers will not have to quarantine upon arrival in Canada.

Sioux Lookout Floating Lodges owner Steve Forbes said that he is cautiously optimistic about the announcement and anticipation for the border reopening. He added, “I am encouraged by it. But, after 17 months…I’m not sure I’ll believe it’s real until I actually see Americans standing on my docks.”

Forbes said, “We miss these people. I am sure my business is no different than any other business around here. Most of my customers have been with me 10 years. They come every year. Most of them have become friends, and we miss them.” He added, “Yes, it’s a business. Yes, we miss the revenue. But, we also miss the interaction with the people. So, that’s what I’ll be looking forward to the most is seeing these people again and giving them handshakes and high-fives and welcome them back. Because they are dying to get back, they can’t wait to get back here.”

Owner/ Operator of Anderson’s Lodge, Jackie Duhamel said, “We’re ecstatic that we can finally get back to business.” She added, “It’s been very difficult to generate any kind of revenues, and while the restaurant and patio have been helpful, we haven’t been able to operate to full capacity yet. So, that too has been very difficult as well. We are down 95 percent as we were last year, and obviously those numbers are going to change moving forward till the end of this season.”

With the lodge being booked for the whole summer and right through to the end of September, the anticipation of border reopening is giving them hope to be able to honour those reservations moving forward, said Duhamel. She added, “The timings is a little late but we will take it.”

It’s a similar story with the Owner/Operator for Slate Falls Outposts, Ryan Runge, who said that the announcement has been extremely positive for all camp owners, and is the first step towards getting back to normal, which comes with a ton of headaches and responsibilities. Runge said, “All of a sudden, to open on the 9th (August) has caught everybody off guard. No-one was prepared for that.” He added, “I’ve spent the last three or four days since the announcement on the phone the entire time, trying to get things going. It’s going to be a push for a lot of people.”

Kenora Conservative MP Eric Melillo shared in a press release that he is delighted to have American tourists be able to return to Canada next month. However, he noted that tourism operators would have already lost the majority of their summer season by the time the border re-opens to Americans. “Unfortunately, loosening of border restrictions in mid-August will be too little, too late for many tourism operators and business owners in Northwestern Ontario, who have gone two seasons without their American clients,” Melillo shared.

Forbes said that all this planning should have been done in March and April. “I don’t see any reason why we couldn’t have things rolling in July. But, we are where we are, and it is what it is, and so, we’ll take it. I just hope it happens.” He added, “The government has left themselves an out. They’ve said as long as things continue to go in the direction that they are going health wise, and vaccination wise and all the rest, this will happen. But they’ve left themselves an out to slam the door on us again. So, I’m concerned that that’s what might happen. So, I’ll be doing cartwheels when I actually see American standing on my dock, getting ready to go out on the lake.”

Forbes said that it has been devastating for any tourist business in this area. He said, “Our business is 95 to, in some cases 100 percent Americans. So, we have had essentially no business for nearly two entire summers now.” Forbes said that while it would have been much better to see the border reopen for Americans a month ago, that any potential business they could get for 2021 would be welcomed.

COVID-19 public health restrictions have eased under Step 3 of Ontario’s Roadmap to Reopen. Runge shared that it will also be important for him to know what next year’s regulations may look like including those people that aren’t allowed to enter Canada yet.

Runge said, “For every camp out there, everybody just has a lot more debt now. To not open and not get too much for help, there are a few things like the grant that the provincial government gave us. But, very little was put out for seasonal businesses. If we weren’t seasonal business, we’d be in a different boat and there would be a lot more options available that we could use.”

“The tourism sector has weathered major losses over the past two years – if we want businesses in Northwestern Ontario to recover, they’ll need support,” shared Melillo. He added that the initial rounds of federal COVID-19 supports were insufficient for many tourism and other local businesses harmed by the border closure.

Nicole Archer of Moosehorn Lodge shared that similar to other operators, the border closure has been devastating to their business, with some wiggle room given the location of their lodge. “We are fortunate to be in a great location and were able to attract and rent to local people, short term rentals and long term rentals. This has been our only revenue generation for the past 16 months.

“Yearly expenses such as taxes, insurance and hydro, lease payments on new equipment purchased pre-2020 are still required to be paid but the revenue coming in is not enough. Many of our customers that we have carried over from 2020 to 2021 have now been carried over to 2022. The deposits that they paid on these bookings were made in 2019 and 2020. That money is used for start up and bills throughout the winter. Without having people pay another deposit on a trip they still haven’t taken we have not had the deposits to assist with expenses. There has been so many government programs that have been launched specifically for tourism but unfortunately you are required to spend money before they reimburse you or it is in the form of repayable loans.”

Forbes shared that the ongoing government programs weren’t all that helpful. He added that with supports such as the wage subsidy and rent subsidy programs winding down, and being eliminated after September, the businesses will still be obligated to cover their fixed expenses from September to next April. “So, if we can get some people here and bring in some revenue, that’s going to help us out to get into next summer,” said Forbes.

Archer shared that even though they are ecstatic for the border reopening, while receiving a flood of phone calls and emails from clients right after the announcement, there is much preparation required in minimal time. “In a typical season we would generate 85 per cent of our yearly revenue from May to September. A lot of customers have had to cancel due to not being able to meet the requirements of the border regulations. We have also had a few new bookings since the announcement. We have very little openings from now till the end of the season and hope we won’t have any more cancellations,” she added.

Following the announcement, as businesses gear up to reopen with just five weeks in hand to prepare, the tourist outfitters are faced with another challenge to find and prepare staff to support their operations for an unusually short-lived season.

Archer shared that they had anticipated the border closure to extend into the season, leading to a series of challenges to overcome. “Not only was it hard to cancel and rebook all our customers and then try to fill cabins on short notice, but our staff, particularly our guides have had very minimal work during this whole pandemic. We are also struggling to find staff in August to work for five weeks. Most of the positions we are looking to fill are usually filled by students who will be going back to school within three weeks of us being able to open to U.S. customers.”

Runge said, “Slate Falls Outposts operates 10 outposts and I have to have them all ready for the 9th almost. So, it’s really expensive if something was to change for whatever reason and people couldn’t come, that’s just another huge loss that would happen. So, we are hoping that everything just stays the same and everything opens up, because opening is extremely expensive.”

Runge said that there continue to exist several variables with an ever-changing schedule. He added, “There are a lot of question marks still yet, so you just have to roll with it and see what happens.” 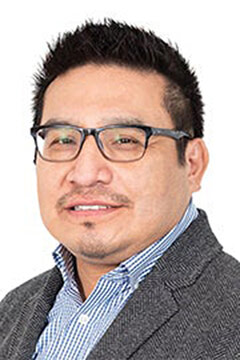 NDP MPPs Sol Mamakwa (Kiiwetinoong) and Judith Monteith-Farrell (Thunder Bay Atikokan) have written to Ontario Premier Doug Ford in a July 22 open letter requesting that he take immediate action on the fires burning across the North...