The local Galatians 6:10 Refugee Sponsorship Group, which is made up of members of local churches in Sioux Lookout, is looking to submit applications and sponsor two refugee families from Pakistan.
The two families are currently located in Bangkok, Thailand after fleeing Pakistan due to religious persecution.
Merle Burkholder, sponsorship group member, said the group’s focus is to sponsor families that are in the immigration detention centre in Bangkok, Thailand.
“The two families that we’re planning to sponsor, they’re originally from Pakistan but they’re in Thailand now because they fled Pakistan due to religious persecution. They’ve been in Thailand for about seven years now,” said Burkholder.
“There’s a couple with no children, and they have been in Thailand for about seven years. The wife was arrested four years ago because they overstayed their visa… She was picked up in an immigration raid four years ago, in 2015, and got put in the immigration detention centre, which is a terrible place to be. It’s like a prison, but they have between 100 and 200 women in one room and there’s not enough room for everybody to lay down at the same time. They have to take turns sleeping, there’s one bathroom in the corner, and the food is really minimal. We really want to get them out of there… Her husband was at work when the immigration police came and raided their apartment building, so he hasn’t been arrested. They’re about 30 years old.
“The other family is a widow lady. Her husband died while they were still in Pakistan, and she has four children… Their lives were threatened as well in Pakistan, so she fled to Thailand with her children. They were all in the immigration detention centre for four years now, but her 16-year-old son was able to get out on bail so the other four are still in the immigration detention centre… The women can be together, so the mother and the two daughters are together in the same cell, but the sons were in the men’s cells,” he explained.
Burkholder shared the Roman Catholic Dioceses of Thunder Bay is the sponsorship agreement holder, who helped them sponsor and bring two refugee families from Thailand to Sioux Lookout earlier this year. He said it’s a two-year process to get the families to Canada.
“The Roman Catholic Diocese in Thunder Bay is our sponsorship agreement holders that are pre-approved by the government to bring immigrants here under the Private Sponsorship Program, so every year they get a certain number of private sponsorship slots. They get the slots from the government then we partner with them, and they give us some of their slots to use. They helped us with the other two families we brought,” he said.
“We started in 2016. In 2017 we put the applications in for the two families that are here, and then they came in 2019. It takes about two years for the families to come. The families wouldn’t arrive here until probably the spring of 2022,” he said.
Burkholder said the sponsorship group found out about the widow and her children through a refugee family that is in Sioux Lookout.
“We only sponsor people where we know someone who knows them in Bangkok. When it came to the widow lady, one of the families that are already here knew their extended family in Pakistan, so the family here knew that they were in the detention centre in Bangkok. When we mentioned that we wanted to sponsor families in the detention centre they said they knew a family,” he said.
Earlier this year, on the first of May and at the end of July, the Galatians 6:10 Refugee Sponsorship Group welcomed two refugee families to Sioux Lookout from Thailand. Burkholder said the families have been adjusting to Sioux Lookout well and are excited to experience the winter season, which is a new sight for them.
“They’re doing well. They’re working, adjusting, and figuring out how things work. There are a lot of things to learn, but they’re doing very well and they’re very excited about winter because they’ve never lived anywhere where there’s snow. When it started snowing, they were so excited,” he said.
Burkholder announced during the month of December all donations to the Galatians 6:10 Refugee Sponsorship Group will be matched by a generous donor.
“The Galatians 6:10 Refugee sponsorship group is pleased to announce that we have been given a matching grant of $20,000 by a generous donor. The time frame for this matching grant is the month of December. All donations in the month of December up to a total of $20,000 will be matched by this donor. We invite your donation to help us meet this matching grant before the end of the month. Cheques can be made payable to the Galatians 6:10 refugee sponsorship group or if you want a receipt for tax purposes then you can make your cheque payable to Cornerstone Christian Fellowship. Cheques can be mailed to Galatians 6:10 Refugee Sponsorship Group, 467 Sturgeon River Road, Sioux Lookout, ON, P8T 0A7. Donations can also be made by etransfer to [email protected],” he said.
For more information Burkholder can be reached at 737-2238. 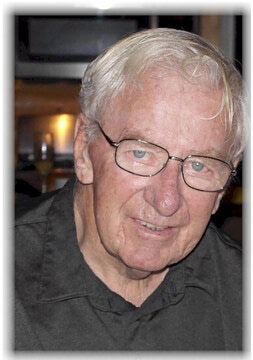 On a beautiful December morning with his family by his side, long retired RCAF Warrant Officer Glenn Knobby Clark, 86 years of age, manoeuvred one last time into the wind and after a short run up, checked his mags and carb heat and slowly...