Lisa Larsh has been involved in the Lions Club for nearly three decades, in varying roles. As Larsh relates, “I’ve been involved in Lions for 27 years, initially in Armstrong, ON and then I transferred to the Sioux Lookout club when we moved here in 1998. I have held the office of President once, but most often I’m in the role of Secretary. That role lends itself to my strengths. Most recently I have been heavily involved in the Celebration Fundraiser where we put up lawn signs to celebrate a special event.” Even so, this award came as a total surprise. Larsh explained, “I was immensely surprised when I saw the award. I wasn’t even aware this award existed in Lions. It is truly humbling and an honour to be recognized outside of your own club. There are so many deserving Lions in our District (5M10) who work hard to give to their community in any way that they can. At this particular time, serving your community can be a real challenge. As a club, we’ve had to reimagine what our service could look like while keeping our members safe and following COVID protocol. I couldn’t be successful in my role as Secretary or as a Sioux Lookout Lions member without the support and dedication of all of our members. We are a small club, but we are mighty!”

In the letter Larsh received informing her of her award, District Governor Lion Shirley Koroniak wrote of Larsh’s nomination “Lisa has been a Lion for 26 years, during which time she has sponsored 11 members. She has been honoured with a 10-Member Key, a 20-Year and 25-Year Monarch Chevron. Lion Lisa has led the Kidsight Program for her club for two years in a row, screening over 700 children, and led the Lions Quest Program in the area for a number of years. She has provided leadership within her club as a secretary 12 times, Club Membership Chair for one year, and Club Marketing and Communications Chair for one year. Her club recently recognized her dedication and leadership by honouring her with a Melvin Jones Fellowship.”                                                        In a separate correspondence, Koroniak added, “During my year as District Governor for Lions of District 5M10, I had the challenging decision of choosing one member, out of a total of 1250 members, to nominate for the International President’s Leadership Award.” She continued, “I chose to look at our unsung heroes and Lion Lisa Larsh came out on the top of that list. Lion Lisa has been a dedicated Lion for a large part of her life, giving of herself, unselfishly, to so many…Once I gave it a little thought, the decision to nominate Lisa for this award was an easy one.” 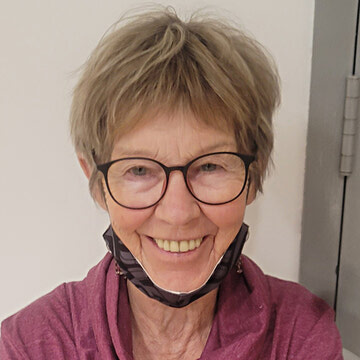 Question of the week: September 30th is the National Day for Truth and Reconciliation. What do you think this day should mean to Canadians?