After a year of dodging through the challenges of the COVID-19 pandemic and switching between online and in-person delivery, Sioux Lookout’s Girl Guides program is wrapping up for this season, with a desperate need for volunteers to keep the group operating.

Sioux Lookout Girl Guides Leader Laura Saudino said, “If we want Girl Guides to survive in Sioux Lookout, we need the leaders. One of the leaders won’t be coming back in the fall, so, we are down to two.” She added, “And we can’t run the programs with only two leaders, there’s too many girls. So, we desperately need the leaders. They have to be 18 years or older, but other than that they can come in and join any group that they want and they can choose any age level to be a leader with.”

The Girl Guides program typically runs from September to June. “We finish up in June with a year-end camp. This year, again, we’ll look a little different. We are just going to do a mini day camp this year, which will probably be virtual, I believe,” said Saudino. She shared that the program has four groups, “Sparks, which is the youngest ones, they are 5-6 year-olds, we have Brownies, the 7-8 year-olds, we have Girl Guides which is 9-11, and then we also have Pathfinders, which is 12-14 year-olds.”

Saudino said that the Girl Guides follow the Girls First program that aims to build the girls in charge of their own guiding experience. This program has eight areas to choose from: Guiding together, into the outdoors, build skills, explore identities, experiment and create, be well, connect and question, and take action. The program currently has over 30 girls enrolled across different age categories. “The leaders design the program based on the guiders interests and what they want to learn. Each area that is completed earns the girls a badge to take home,” she added.

Saudino said that throughout their ongoing year that started in September, they have been missing out on a lot of in-person camping activities. “Last year we missed out on our camping experience. At the end of the year, we always do a full weekend camp. So, the girls missed out on that. But, starting in September, we were able to have outdoor meetings where they had to wear masks for the full hour that we met. But it was kind of neat that we had to look outside the box and come up with events that we had to do in the dark. We had to do events in the cold. We didn’t have a choice of going inside, so, it kind of made us think of different activities for girls to do,” she said.

The Girl Guides group switched to virtual operations after the lockdown began. “Girl Guides is not a virtual group. It’s very hard. We did a virtual camp last year, which we had a lot of participants in and it was a lot of fun. We kind of met online over the weekend, here and there, and they had to do different skills towards camping to earn their camping badge. So, it worked out well, but it’s not the same as real camping. And so when we went virtual, we thought our numbers would drop, but they didn’t. The girls still participated fairly well, and they still have throughout the rest of the year. We try our best to be hands on.” Saudino said that they have also recently been doing several crafts and baking activities, trying to make it as interesting as possible.

“We’re kind of wrapping up. We are going to do some camping skills, virtually, learn how to build a campfire. We’ll try to do the best we can, how to set up a tent, and things like that where they get to learn from our camp and then we are going to do a mini day camp which they are excited about. We’ll try to maybe bring some people from the community into our virtual meeting and they can show them a new camping skill or something like that. We’ll do crafts and things and try to get their hands on as much as we can,” said Saudino. The group is also looking forward to making dog toys out of old t-shirts for the local pet shelter.

Saudino welcomes parents of young girls who may be interested to join the group, and volunteer. Saudino said, “It takes a lot of time to plan meetings and to get all the stuff ready. So, we need the help.” She added, “We have a lot of girls that come out so it’s really nice to see, so hopefully we could get some more leaders.” Those interested to volunteer can apply online at www.girlguides.ca/volunteer, and any further questions can be referred to Laura Saudino via Facebook Messenger, or by emailing her at [email protected].

“It’s a lot of fun to see the girls out there enjoying themselves, and just learning new skills and earning their badges, it is pretty neat to see some of the stuff that they accomplish. We are flexible and easy going, so it’s just a really fun group to join,” said Saudino.

She said that they are currently offering trial participations for the remaining four meetings of their program for this season to anyone who may be interested to join. Interested participants could sign up online at www.girlguides.ca/register. “We are always looking for girls,” said Saudino. She added that registration for their year starting in September would open on June 14. 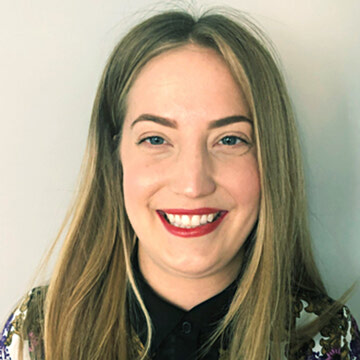 The Northern Policy Institute (NPI) has commenced its eighth Experience North Summer Placement Program with Sioux Lookout being a first time host for the program...