Nya Ketchabaw is a young local artist with a huge imagination and the talent to match, and she has become just one of nine Canadian finalists in Toyota's 2022 Dream Car Contest.
The yearly contest, in which Toyota encourages children of all ages from across the globe to envision and design a dream car, has been running since 2004.
In a June 6 press release announcing the Canadian finalists, Toyota explained “While the past few years have been tough on all of us, our kids have chosen to see our worldwide challenges as opportunities. Inspired by recent world issues – including health and environmental challenges – nine Canadian kids have become finalists in a global design competition, each of them designing a unique vehicle to help make the world a better place.”
The release goes on to note that, “The nine Canadian finalists will now be entered into the World Finals of the contest for a chance to win a prize valued at $15,000 USD. Each Canadian finalist will also receive a $250 online retail gift card to KiwiCo. First held in 2004 and now one of the world’s largest global design contests for children, the Toyota Dream Car Art contest invites future artists, designers and engineers to share their ideas about the future of mobility.”
Speaking to 8-year-old Nya in her family’s kitchen, it's clear that this is an artist who knows what she wants, as she explains, “We heard about the contest last year, and I wanted to enter because my dream since I was three was to become a famous artist.” Nya then added, “I thought that I should do a pangolin because they are rare creatures, and really anybody doesn't know what a pangolin is. I made a, basically, a dream Toyota car to rescue animals and help to stop forest fires. Also, because in actual Japan culture that is one of their sacred creatures, I think.”
Nya's design reflects a lot of thought and concern for the natural world. She describes her design as being to, “Rescue animals and put them in their right habitat. If they are hurt or if they are maybe starving or trapped... the pangolin shoots out its tongue, and it has little grippers on it. That allows the animals to grip on. And there is a super small scanner in its neck, it scans the animal to put it into its right habitat. The tail puts out fires cause its basically like a long hose, and the scales are for protection.”
Michelle Ketchabaw is Nya's mom. As she relates, “There were hundreds of thousands of people who entered the contest in all different countries around the world. Each country was allowed to pick three finalists for her age category, so Nya was one of the top three in her age category. They sent her a Kiwico (an online store for science and STEM related toys and projects) gift certificate for $250, which she could put towards STEM related science products she could buy. From here her entry gets entered into the worldwide contest for finalists for the grand prize. If she wins that contest, winners get a trip to Japan, and $15,000 USD. We will hear more at the end of August.”
Asked about the prospects of winning a trip to Japan, Nya is rather practical, noting, “I really want to go there for the Sushi, the only part that I don't like is... the raw fish.” 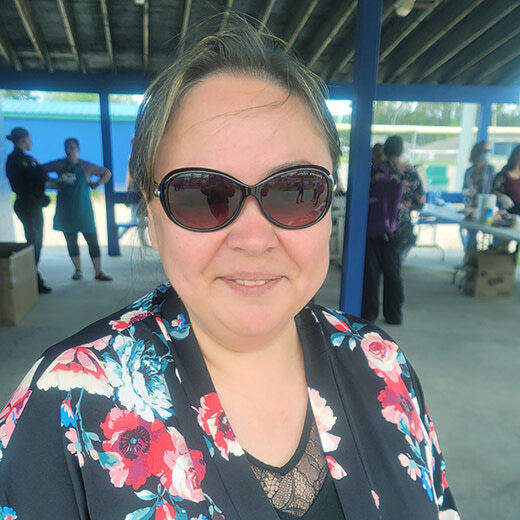