Sioux Lookout was one of 11 tour stops across Ontario for LGBT YouthLine's Provincial Youth Ambassador Project (PYAP), who shared results from a recent 2SLGBTQ+ needs assessment at the Sioux Lookout Public Library on Feb. 19.
The needs assessment saw just under 1200 2SLGBTQ+ youth (29 and under) from across the province participate in voicing their needs and challenges.
“Based on the PYAP Needs Assessment, 2SLGBTQ+ in northern regions of Ontario are looking for spaces to build relationships with those in local communities, and other northern regions across Ontario,” LGBT YouthLine shared.
“We’ve been able to focus on northern communities, and within northern communities, because of the youth ambassadors that we have… Their voices deserve to be represented and heard, so I’m really happy that we had enough folks from the north participate in this needs assessment so we can provide data to be able to back up some of the things these communities are pushing for,” said Hayley Moody, Provincial Youth Ambassador and Project Coordinator.
Their website reads, “LGBT YouthLine is a Queer, Trans, Two-Spirit youth-led organization that affirms and supports the experiences of youth (29 and under) across Ontario. We do this by:
Providing anonymous peer support and referrals;
Training youth to provide support to other youth; and
Providing resources so youth can make informed decisions.”
Last March, LGBT YouthLine launched a one-year project, PYAP, which is a group 2SLGBTQ+ identified youth from across the province increasing visibility and raising awareness of the needs and challenges of youth (29 and under). The program is funded by the Government of Canada under the Canada Service Corps program.
In April, Sioux Lookout resident Rico Morales began his role as a volunteer Provincial Youth Ambassador locally.
His bio reads, “I wanted to join PYAP because I wanted LGBTQ2S youth to feel free to be themselves in this great nation, I want our country to lead by example to show the world that we matter and that we belong.”
Since becoming a Provincial Youth Ambassador, Morales helped promote LGBT YouthLine as well as facilitate youth gatherings, such as a collaborative zine making night at the Sioux Lookout Public Library in November.
His presence as a local Provincial Youth Ambassador helped bring the PYAP tour to Sioux Lookout. Moody said she’s excited to see how communities will use the needs assessment data following the tours.
“2SLGBTQ communities and youth already know this information, but it’s nice to have this type of data to back that up for things like funding, to push for change, or whatever the case may be. I find it exciting whenever we go to a new community and get to share this information… I’m excited to see where different communities take that information and what they do with it,” said Moody.
The tour will be wrapping up during its last stop in Toronto on March 5. For more information, go to www.youthline.ca/pyap. 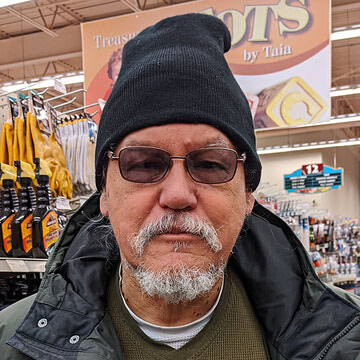 Question of the week: What are you looking forward to in March?