There are several things I would like to comment on this present Federal Election Campaign. First of all, thank goodness we don’t have to hear two years of campaigning as we do south of the Canadian border.
Locally, over the past two elections at least we suffered through a plethora of candidate signs that in my opinion, got way out of hand.
Most of them became single use garbage after the election.
And fortunately, the most egregious candidates lost both of these elections; not even close.
As well, in my opinion, signs should only be on private property, not on public land (roadways, municipal properties, provincial or otherwise).
Further, should places where open and honest discourse ought to be promoted seemingly get compromised when a single candidate’s sign gets presented on their premises?
This leads me to these “staged” Open Candidates’ Forums. Somehow they seem rather lame when key issues facing our community and our society seem to get lost when questions are drawn out of a hat. Candidates then get to do their grandstanding spewing Pablum to the audience.
There ought to be a process (open forum, Concerned Citizens’ Group, etc.?) whereby the extremely important topics get chosen and given the attention they deserve through asking the most appropriate questions to the assembled candidates. As well, it is important to be providing the time necessary for open cross examination, discussion and debate.
The most devastating situation in our present society, apart from the loss of ice on this planet, and a subject not one of our politicians has raised, is the ongoing substantial increase in the bulging national debt (add too, provincial and municipal). This ballooning debt puts huge pressure and anxiety on to the present and future generations unnecessarily.
How can any political party spew promises of spending billions with reckless abandon, AND NOT BE HELD ACCOUNTABLE, for not only the promises that they cannot keep, but also ignoring the ever-increasing present debt of our country?
When you think of the global temperature graph dramatically increasing, think also of the present skyrocketing public debt graph.
Bottom Line? Pay attention to what is really important by these zig-zagging zoom-zoom (carbon neutral?) candidates crisscrossing our landscape. 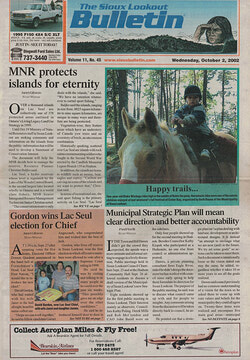