Letter To The Editor:

In April, the Sioux Lookout Public Library learned that the provincial government had cut its funding to Ontario Library Services North (OLS-N) and Southern Ontario Library Services (SOLS) by 50%. These agencies are vital to the operation of public libraries—especially those located in rural, remote, and First Nations communities. Staff at these agencies provide an essential service to smaller libraries that lack the resources and time to fully meet the needs of their communities. We were saddened to hear that five of our colleagues at the OLS-N site in Sudbury lost their full-time jobs.
As a direct result of this cut, the provincial inter-library loan program (public libraries sharing books and other resources) has been suspended in Northern Ontario. The Sioux Lookout Public Library will not be able to offer inter-library services (lending books and receiving books from other libraries) until June 1, 2019. After this date, we may be forced to limit how many books our patrons order and how many books we lend to other libraries.
The Ministry of Tourism, Culture, and Sport has assured public libraries that the Public Library Operating Grant (PLOG) will not be affected this year. The PLOG is our second largest revenue source (the largest being the contribution from taxpayers of the Municipality of Sioux Lookout). In 2018, the Ontario Liberal Party fought to increase this funding by ending a 20-year freeze on the amount given annually to public libraries. The incoming Progressive Conservative Party of Ontario overturned that decision. We have also been informed that the downloading of audiobooks and eBooks will not be disrupted (at least in the short term) by these funding cuts.
The Sioux Lookout Public Library is waiting to see which other services will be impacted by the cuts to SOLS and OLS-N. These could include training for staff and board members, access to online resources for library patrons, technological support, direct consultations and on-site visits from library specialists, and cost savings through collective purchasing. While we are fortunate to have a Municipal council that supports a public library, we could not maintain our current level of service (or adequately prepare for the future) without the support of the provincial government.
There is a misconception that public libraries are used less in the digital age; this is simply not true when looking at the data produced by public libraries in Ontario. The Sioux Lookout Public Library continues to be a community hub with tremendous usage. Librarians love to track statistics and we recently compared figures recorded ten years ago and produced some intriguing results. In April of 2009, the library circulated 2,734 titles (books, magazines, DVDs, etc.). In April of 2019, we circulated 3,585 titles! In April 2009, there were 3,510 visits to the library compared to over 5,000 visits to the library in April 2019. This comparison holds true with each passing month and directly corresponds with increased attendance at library events/programs, rising demand for public access computers/assistance with technology, and more people signing up for library cards.
Public libraries across the province are expressing their concerns over these cuts and advocating on behalf of the communities they serve. The Sioux Lookout Public Library greatly appreciates the support we have already received from our patrons and want to ensure your voices are heard. We are investigating options for reaching out to the provincial government. Please contact the CEO/Chief Librarian, Mike Laverty for more information: [email protected] /   737-3660 (ext. 4401).
Mike Laverty 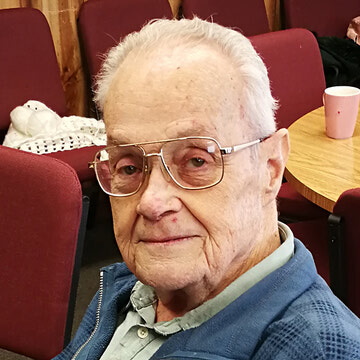 Question of the week: What are your plans for the upcoming Victoria Day long weekend?