Andrew Scheer - Leader of the Conservative Party of Canada; Jagmeet Singh- Leader of the New Democratic Party; Right Hon. Justin Trudeau - Leader of the Liberal Party.
To Mr. Scheer, Mr. Singh, and Mr.Trudeau,
I write to you as the elected representative of the Kiiwetinoong riding in Ontario. It is an honour to be its first elected representative in Ontario’s Legislature but the challenges in Kiiwetinoong cannot be addressed solely in the Ontario Legislature. On behalf of my constituents, I would like to draw your attention to some of our challenges and ask for a response addressing the systemic remedies that are needed.
I have seen clear commitments from Jagmeet Singh, the Leader of Canada’s New Democrats. As we enter an election campaign where the three of you are vying to be Canada’s next Prime Minister, I am hoping that you, Mr. Trudeau and Mr. Scheer, will be willing to make the same commitments.
Kiiwetinoong is the only riding in Ontario with a majority First Nations population. Too often, as we confront the challenges facing our communities and the legacy of colonial structures, we are subjected to jurisdictional games of ping-pong between the federal and provincial levels of government, and our people suffer as a result.
The bureaucratic silence and inaction that our communities experience as the status quo results in poorer inter-generational life outcomes for the people of Kiiwetinoong and in the worst circumstances, death. This approach is used to not only systemically oppress our people but is an ongoing human rights abuse that has no place here.
Many of these tragedies are a result of Canada’s history and there is much work that needs to be done to fix this relationship that has never recovered from the damage done through centuries of colonialism. This colonialism is still ongoing. It is perpetuated daily through the policies and programs that First Nations people live their lives under from birth to death.
I am seeking commitments from each of you, as potential leaders of Canada’s federal government, to work with all levels of government to immediately address these conditions.
Specifically:
Despite federal commitments to the contrary, most First Nations communities in Kiiwetinoong still lack access to clean drinking water. Will you commit to lifting all drinking water advisories by 2021 and ensuring all communities have access to water via proper water infrastructure services and not through delivery via truck haul services?
Sustainable commitments to clean drinking water must also include water management training programs and water system operations that work for the communities impacted. Will you commit to these vital operational training programs?
Despite repeated promises – and even a clear obligation – First Nations still struggle with deplorable housing conditions, long waiting lists, and overcrowded, run-down homes. Earlier this year, an assessment of housing in Cat Lake recommended 87 homes "be entirely replaced" because of the mould issue and other problems. That is just one community. Will you commit to addressing the housing crisis and ensuring that no family is forced to live in unsafe housing?
Many far north First Nations communities lack other basic infrastructure relying on diesel generators to power their homes. Will you commit to working with communities to address basic infrastructure needs and ensuring community-owned infrastructure?
Lack of access to clean drinking water, failing community infrastructure and deplorable housing conditions are all factors that contribute to a cycle of poverty and despair. Without these things First Nations communities face greater obstacles to equal opportunities and economic empowerment. They are the roots of poverty.
The federal government has acknowledged previously that there are tremendous and unfortunate gaps in health outcomes that Indigenous peoples in Canada face. If elected, what will you do to ensure that citizens of the Kiiwetinoong riding are not dying needlessly because they lack the access to basic health care that other Canadians have?
We do not need empty promises and vague timelines. We need significant provincial and federal government resources to develop long-term strategies for crisis situations including suicide prevention, mental health services, counselling, addiction treatment and after-care. These strategies must be community driven and based on change at a systemic level.
The First Nations in Kiiwetinoong are being proactive in seeking solutions to these issues and are not expecting the federal government to solve these tragedies. But, the reality is that we have a relationship, as set out by Treaties, with colonial federal and provincial bureaucracies that require program dollars from both of these levels of government, and that still too often does not fit the needs of our people.
These colonial systems result in the unnecessary suffering of the people of Kiiwetinoong and broader systemic remedies
are needed.
As Prime Minister you will have a moral obligation to reduce poverty and decrease inequality in our communities. I look forward to your response.
(Original signed), Sol Mamakwa, MPP for Kiiwetinoong
cc: Chief Commissioner Renu Mandhane - Ontario Human Rights Commission; Chief Commissioner Marie-Claude Landry - Canadian Human Rights Commission; Victoria Tauli-Corpuz - United Nations Special Rapporteur on the Rights of Indigenous Peoples; Senator Murray Sinclair; Grand Chief Alvin Fiddler - Nishnawbe Aski Nation; Ogichidaa Francis Kavanaugh - Grand Council Treaty #3; National Chief Perry Bellegarde - Assembly of First Nations; Ontario Regional Chief RoseAnne Archibald - Chiefs of Ontario. 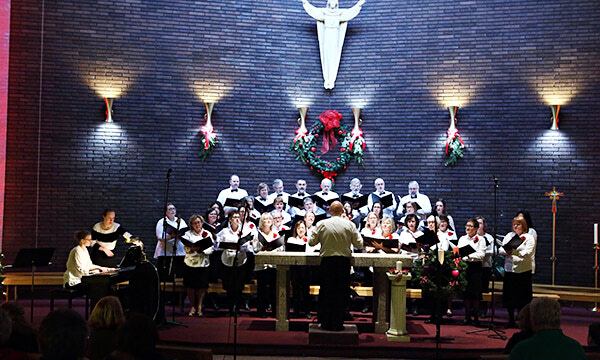 Members of the Community Choir have started preparing for this year s Festival of Carols, with practices beginning on Sept. 16.