The Royal Canadian Legion, Edwin Switzer Memorial, Branch 78’s Legion Ladies Auxiliary is celebrating a major milestone this year, their 70th anniversary.
Information provided by Ladies Auxiliary president Charron Sippola informs, “The formation of the Ladies Auxiliary was spearheaded by a very energetic lady – Mrs. Janet Dixon who persuaded several other ladies to join her one Sunday evening, January 13th, 1949 to be precise to meet with two Legionnaires who outlined how helpful the ladies could be to the Branch. The aims and objectives of such an organization would be to encourage, promote, engage in or support all forms of national, provincial, municipal or community service or any charitable or philanthropic purpose. These aims and objectives are still to the forefront today.
“From that discussion these sixteen enterprising ladies arranged their second meeting for February 27th at which time an Executive was nominated.”
The Legion Ladies Auxiliary’s first executive consisted of Mrs. Janet Dixon – President, Mrs. Pat Oslund – 1st Vice-President, Mrs. Albert Wren – 2nd Vice-President, Miss Peggy Baragar – Secretary, Mrs. Betty Morrison – Treasurer, Mrs. Stella Campbell – Warden, Mrs. Mary Fines – Social Convenor, Mrs. Laura Switzer and Mrs. Verna Eady – Sick Visiting.
The information Sippola provided goes on to state, “These ladies realized the first thing they had to do was raise some money and what better way to do this than to have a Bake Sale at the YMCA on March 26th. A profit of $66.20 was realized. From the proceeds the first charitable donation was made. More funds were raised with numerous bake sales, card games, selling of hot dogs and lemonade at dances.”
Now a yearly tradition, the Legion Ladies Auxiliary’s first Remembrance Day Tea was held in 1953.
In October 1977, members of the Hudson Auxiliary decided to affiliate with Sioux Lookout.
Over the years, the Legion Ladies Auxiliary has undertaken many charitable endeavours, which have included, sick visiting, charitable donations, CARE Packages, assistance to needy families, and Christmas and Easter hampers.
Pat Edye, a member of the Ladies Auxiliary since its inception, said the Legion was always a focus of her family’s.
“The war was over and all these fellas were coming home and getting married and of course my husband was very involved in the Legion,” she reminisced.
“We used to have banquets… It was a big group of us,” she added.
Edye said she’s glad to see the Ladies Auxiliary continuing on 70 years after its establishment, “It’s wonderful to see it being carried on the way it is.”
Carol Durante has been a Legion member for years and has been a member of the Legion Ladies Auxiliary for five years now.
“I joined the Legion with my father because he was in the military here. With three kids, and my husband being away, I had to stop for a while,” she shared.
She said of the Ladies Auxiliary’s work in support of the Legion, “I think it’s very important. I think we need to have the Legion here.”
Lil Kusick, a charter member of the Hudson Legion Auxiliary, commented of being a member of the Ladies Auxiliary, “It’s wonderful. They’re a good group. I hope the Legion goes on and on.”
Sippola said although the Ladies Auxiliary no longer does CARE packages or hampers, it still carries on many of the charitable endeavours laid out at the Auxiliary’s inception, such as sick visitations to Legion Auxiliary and Legion members, and charitable donations. The Ladies Auxiliary takes its turn, as part of a rotation of several groups and churches, in hosting the annual Senior Citizens Christmas Dinner, provides bursaries, helps send young people to a Legion sports camp, and continues to help out with the Legion’s expenses.
The Legion Ladies Auxiliary currently has an active membership of approximately 60 members.
Many of the Auxiliary’s members are growing older and the organization is on the lookout for new ladies to join its ranks.
Sippola said high school students looking to earn volunteer hours would be welcomed by the Auxiliary to help them out with their charitable work.
Anyone interested in learning more about the Legion Ladies Auxiliary, joining their ranks, or seeking volunteer hours with them, can leave a message for the Auxiliary at 737-3232. 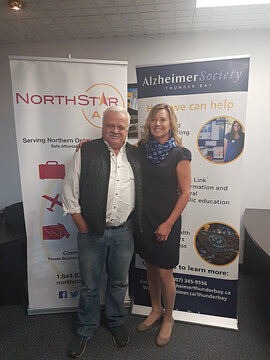