Thirty-four women took part in this year’s Ladies Blueberry Open on August 1 at the Sioux Lookout Golf and Curling Club.
Tournament organizer Tanya Tekavcic said it was a great turnout given the COVID-19 pandemic, adding 18 golfers from Sioux Lookout participated, along with 16 golfers who had come from out of town locations such as Winnipeg, Calgary, Thunder Bay, Kenora and Dryden. The tournament could accept up to 36 golfers.
Tournament champ Betty Ann Roy, who is from Sioux Lookout but now lives in Winnipeg, said she and the other golfers had a great time, adding that the course was in great shape.
Roy finished the 18-hole event with an 89.
“The scores were a little higher than normal, but I think the wind and wet conditions (it had rained the night previous) had a little bit to do with that,” Tekavcic said.
This was Tekavcic’s final year organizing the Ladies Blueberry Open and Roy said she has done a great job over the years.
Tekavcic wished to thank Stone Ashton & Wright and everyone else who sponsored the event, as well as everyone who participated. 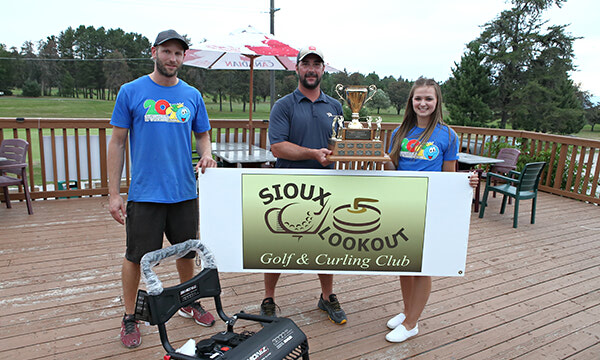