Kiiwetinoong MPP Sol Mamakwa is urging both the provincial and federal governments to resolve the state of emergency which was declared in Cat Lake First Nation last week.

"A state of emergency has been declared for the Cat Lake First Nation in my riding, because of the appalling conditions of the housing there. Ninety homes have been declared uninhabitable due to dangerous black mold, structural issues, and electrical wiring not being up to code,” Mamakwa shared.

“I was just there on Wednesday. I saw these conditions for myself. This state of emergency is necessary. The reason for these dangerous living conditions to be allowed in Ontario is completely unacceptable: the fact that it is in a remote First Nations community is at the heart of this issue. These homes are not fit for people anywhere in the province to live in,” he added.

“I know the housing issues in that community. I think they’ve been frustrated for a while. They’ve tried to get attention from the different governments and try to get them to assist in the process of addressing the mold issue… When I visited the community Wednesday morning, I saw the amount of mold in the homes. What really is kind of scary is the amount of very young children that are getting sick, getting medevacked out, that are having respiratory issues because of the mold. Not only the children, the elders as well.”

Mamakwa went on to state of the issues making the homes uninhabitable, “It has a tremendous impact on their health and over the course of time, leads to death. That’s what’s happening. People are dying in that community.”

He further stated of the decision to declare a state of emergency in the community, “It needed to be done and we need both levels of government to support them… When I sat down with them, that’s all they talked about. They’re unable to keep people in those homes and what does that mean? That will possibly mean evacuation.”

“I’ve said this at Queen’s Park, there’s a housing crisis happening in our communities and what we’re seeing (in Cat Lake) is just a small piece of it. This is happening across the territory, across the Kiiwetinoong Riding,” he said.

Asked what kind of response he gets from his fellow MPPs when he brings forward these types of issues at Queen’s Park, he shared, “They’re very unaware of these things happening and I think that’s the voice I’m trying to bring, to bring the awareness of these issues at that level. Some of the responses I’ll get are, because it’s on reserve, people will tell me that’s federal responsibility. When they say that, that’s usually a marker that they will not do anything. But again, I always say this is Canada. This is Ontario. This is now 2019 and this shouldn’t be allowed to happen. So I think we can’t play that jurisdictional thing anymore. Both levels of government need to respond… We need a response. We need a plan.” 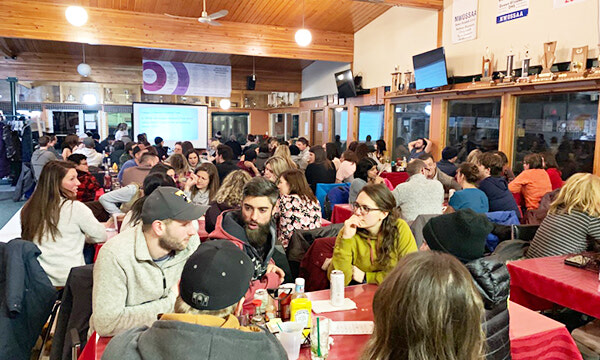 More than 100 participants packed the Sioux Lookout Golf and Curling Club for Escape Sioux Trivia Night on Jan. 19. The sold out trivia event, sponsored by The Hub and Good News Books store, featured a 2018 year in review theme.