The Federal Government is investing $133,886 in funding, under the Northern Aboriginal Broadcasting component of the Aboriginal Peoples’ Program, for a Kitchenuhmaykoosib Inninuwug (KI) First Nation digital documentary series.
A news release issued by Kenora MP Bob Nault, who announced the funding on August 12, states, “The First Nation will partner with professional filmmakers to produce an Oji-Cree language mini-documentary series. Each episode of the series, KI Talking Circle Series, will focus on a different aspect of how climate change is impacting their remote, northern community. The programming will be broadcast online through IsumaTV.”
“Our Indigenous communities in Northern Ontario are rich with language and culture, and it is important that their stories and realities are shared with others throughout the region and across Canada,” stated Nault. “I am very pleased that our government is making the kind of investments that are necessary in order that residents of  Kitchenuhmaykoosib Inninuwug First Nation are able to preserve and protect their language and culture for generations to come.”
“We are proud to support the revitalization of Canada’s Indigenous languages through our historic Indigenous Languages Act, and through funding programs that invest in projects that promote learning, teaching and sharing of traditional languages. We are taking concrete measures to create opportunities for Indigenous languages to survive and flourish in the communities where they are spoken, by the people who speak them,” Minister of Canadian Heritage and Multiculturalism Pablo Rodriguez stated in the news release.
“This investment will give young people an excellent opportunity to not only learn more about their culture, it will also help inspire them to maintain their language so that they can pass it on to their children,” concluded Nault. “That’s why this is so important, because teaching children their traditional language brings them a true sense of identity, pride and belonging so that they can be proud of their heritage.” 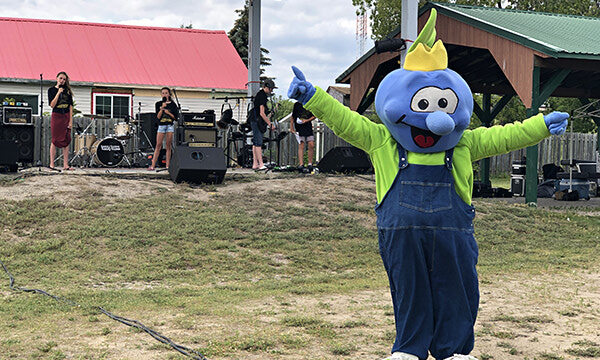 Sioux Lookout residents and visitors to town were treated to more than a dozen musical performances on the afternoon and evening of August 4 during this year s Sioux Mountain Music Festival, which took place at the Town Beach.