The music duo Khione & Jakean, made up of Sioux Lookout musicians Piper Jewell (Khione) and Keaton Mason (Jakean), announced that they’ll be releasing an EP (extended play record) this month.
“We have an EP that’s coming out in mid-July, so that’s a three-track EP that we’re going to be releasing. We have one song that we’re going to be sending to Q104, Algonquin College, and a bunch of other radio stations so we’re really going to push for that,” said Mason.
“Q104 plays our music, and CKDJ at Algonquin College plays us too,” he added.
The duo began working on music together in 2016, and Khione & Jakean was started shortly after the two became music partners.
“September of 2016 is when we decided to start working on stuff as music partners, but the Khione and Jakean project wasn’t born until about three months after, around December. In the beginning we started working on remixes and stuff together, and then we eventually decided to start making it official and actually start working together as a group,” said Jewell.
The two agreed that their music falls under the distinction of “live-electronic”.
“I’d say it’s live-electronic. That’s not really a genre, but it says what we do. It’s electronic music but, if you can play it live, it has a different kind of sound to it, and I guess that’s what we are,” said Mason.
Their bio reads, “Khione & Jakean are a live electronic music duo that incorporates aspects of electronic music and alternative/indie music to create a distinct and unique sound. Their music ranges from atmospheric and emotional with soulful vocals to high-energy, electronic dance.”
Both Mason, 23, and Jewell, 19, are pursuing post-secondary education in Ottawa. Mason is currently taking the Music Industry Arts program at Algonquin College and Jewell is taking Honours Psychology at Carleton University. Due to the condensed format of his program, Mason will still be in Ottawa attending school throughout the summer, which makes it hard for Khione & Jakean to play shows.
“It’s difficult getting shows when we’re away from each other because we have no time to practice and organize because it does take a long time to prepare a show, especially with the new music. In the winter, because that’s when we’re both going to be in Ottawa, that’s when we want to start playing more,” said Mason.
“It was significantly easier when we were both here because we had a good roll last year where we were playing show after show, we opened for A Tribe Called Red, and we played a music festival. It was this momentum of playing shows, and then we got to college and everything slowed down. It was kind of a shocker to both of us because we were so used to being in that workflow of playing shows… I think it took us awhile to get back into the momentum of things but then, once we got the groove going, we were writing an EP,” explained Jewell.
Since starting Khione & Jakean less than three years ago, the duo shared that they didn’t think the group would evolve this quickly. They recalled the first time they heard their music on the radio and how surreal it was.
“That was the craziest thing because I remember when we first started this group, I was listening to the radio and thought man it would be cool if we could get on Q104. Then, a few months later, we were featured on the radio. It was pretty crazy,” said Mason.
“We were played every single day, multiple times a day, for a good chunk of time,” said Jewell.
Mason and Jewell explained that their goals moving forward include playing in new environments and taking their knowledge to northern communities.
“We’ve played shows, but we haven’t played a strictly electronic show besides A Tribe Called Red, where we just opened for them. I would be interested in playing in a club or having an environment where it’s just us… It would be cool to play in a place that we’ve never played before,” said Jewell.
“I was inspired by A Tribe Called Red because they went up to northern reservations, played shows, and they were showing that if they can do it those community members can do it too, and that’s what I want to do after this program. I want to take my education, go up to northern communities, and teach them that if I can do it then they can do it too. It was inspiring because when A Tribe Called Red came we got to open for them, and I want to give that opportunity and show them that there are these opportunities,” said Mason.
Khione and Jakean are on all streaming platforms, including Spotify, Apple Music, and Soundcloud. Their Facebook page is @khionejakean and their website is khionejakean.com, where merchandise, music, and updates are available. The duo also post vlogs to their YouTube channel Khione & Jakean. 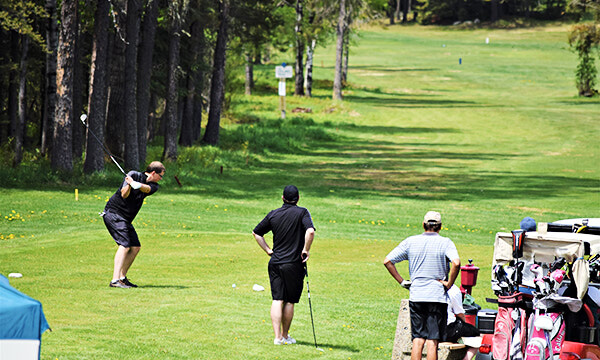