“If a cure is not found, Alzheimer’s disease and related dementias may prove to have the highest economic, social, and health cost burden of all diseases in Canada.

“Therefore: I, Doug Lawrance, Mayor of the Municipality of Sioux Lookout do hereby proclaim the month of January 2022, as National Alzheimer Awareness Month and do urge all citizens of our community to become more aware and educated concerning the far-reaching effects of Alzheimer’s disease and related dementias.” 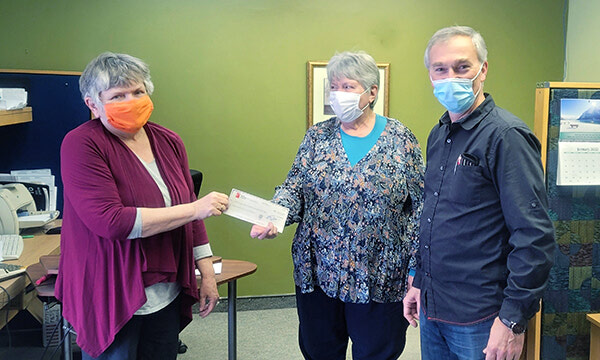 Out of the Cold receives donation from Ontario Realtors Care Foundation

The Sioux Lookout Out of the Cold (OTC) shelter was the recipient of a cheque for $2,336.34 thanks to the generosity of the Ontario Realtors Care Foundation (OCRF)...