A boil water advisory issued on June 17 for all Hudson residences and businesses with a municipal water connection, was lifted on June 22.
According to the Municipality of Sioux Lookout, a power failure at the Hudson Water Treatment Plant resulted in a loss in distribution system pressure and the safety of the drinking water could not be guaranteed.
The Municipality had advised Hudson residents to boil water from their taps for at least one minute if it was to be used for human consumption.
“Boiling removes harmful bacteria in the water that may cause illness. Once boiled the water can be stored in the refrigerator in a clean food safe container and should be used for other activities where it may be ingested, including: 1. brushing teeth or soaking false teeth 2. washing fruits and vegetables 3. adding to uncooked food or drink 4. ice cubes 5. water for pets.” 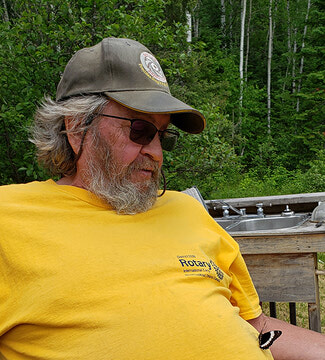 Butterflies are all around. Even the first Monarch I ve seen this year joined White Admirals and Tiger Swallowtails, along with several other smaller species, to welcome us back to camp.