Colleen Littledeer, Manager of Nishnawbe Aski Nation’s Choose Life Program, explained, “Since the pandemic (began), we wanted to have an event where we could reach out to our youth. We did have activities, but I wanted to make it where the kids could work on their self-esteem and boost their confidence, encouraging them to finish school and to have goals. We had a youth gathering (Oct. 23) with Turtle Concepts, they go to other high schools and communities, they reach out to the youth and do different workshops. They had been to Lac Seul a few times. They were supposed to come in September but Choose Life was so busy we had to push it back until last weekend. The youth gathering focused on bullying, goals, building confidence, but there was also a fashion show (Oct. 24). We reached out to the high school (Sioux North High School), and let the kids sign up for themselves. I told them it was an opportunity to show that they weren’t shy, to bring them out of their shell. A lot of our kids are not into sports, so it was just another avenue to express themselves.”

Turtle Concepts is an organization that for over 20 years has been travelling to communities, schools and events across the country to run workshops on promoting confidence building for youth and adults. Their primary message is “Everyone has the right to feel good about themselves!”

David Jones is, with his brother Dan, the co-founder of Turtle Concepts. He found the experience of working with the students at Lac Seul to be a positive one.

As he explained, “What an incredible, shockingly good experience for my team and I. To be quite honest I was pleasantly surprised with the willingness of the few who first applied to be a model in the fashion show without (prior) confidence building workshops, and then I was really pleasantly surprised at how well they paid attention, and the amount of respect they showed my teammates and I was remarkable.” Jones’ experiences as a school teacher formed the core of what Turtle Concepts does today. As Jones explains, “Turtle Concepts is an organization that opened about 25 years ago. It’s based in my own first nation, Garden River near Sault Ste. Marie, Ontario, I was a former school teacher and I was somewhat shocked every now and then by how jocks had a place, academics had a place...and I thought, what about other kids, who are not sure what their place is? I saw a lot of people who were building confidence with art, building confidence with sport, building confidence with music, and I thought, what about the kid who has no confidence to go to that?”

The response from the students who came out was better than they were expecting, with 15 students wanting to participate as models. As Littledeer continued, “Fifteen models is a really good turnout! We had some staff be part of the show, like myself, and some other workers just to help them to overcome their shyness. We did have a crowd come out (to watch), it was a good turnout. Family and friends, other community members.”

Darcy Gray is a Community Support Worker with Choose Life. As she explained, “The fashion show was at the Youth Complex in Frenchman’s Head. There were some youths that were very shy. The first night we practiced their runway walks, they were very shy and slouched over, but two days went by and you could see everyone waking very tall and proud. Some of these students, I’ve never seen them present themselves that way. I was very proud of them.” Gray went on to add, “To this day they are talking about the fashion show. They want to hold their own shows now, and they are taking the initiative. They want to look for funding, they want to fundraise, to put on their own shows. I think the fashion show really worked for them.”

Littledeer agreed, saying, “I was really proud of the kids, they really shined, they outshined. I was going to be the role model, with them learning from me, but actually I was learning from them, because their enthusiasm was so amazing. The excitement of it all…it was such a big buildup. The kids came out every night (to practice). The last night of practice we were given our clothes to wear, and some of the clothes we were wearing, nobody wears those kinds of clothes in Lac Seul.”

The show consisted of seven sets, each with their own theme. Themes included Leopard Print, Men’s Fall Jackets, A Glamour set where everyone wore black…there was even a set featuring community member Jeremy Capay’s own line of clothing called Jech Apparel.

As Gray recalls of having Jech Apparel involved, “That was really nice because some of his clothing line proceeds go to mental health.” She went on to add, “One of the sets was called Shut Up and Drive, they were all dressed up like mechanics and did a dance routine.”

It was a lot of work to get everything ready. As Littledeer explained, “There was a lot of prep work ahead of time. We had to get all the kid’s measurements, we had to be sure all the kids were registered, it took a lot of buy in, for myself, from my supervisor, to put in so much money. This was not a cheap event, bringing up the four people (of Turtle Concepts). We had to pay for everything. For me it was worth it because it did bring a lot of good feeling to the community. Looking ahead, I would like to bring (Turtle Concepts) back to the community. A lot of the younger kids saw it, and there were other groups that wanted to participate but weren’t able to, so I’d like to bring them back and use the models from this past show to be mentors.”

More information on Turtle Concepts and the work they do, can be found on their website at  https://bit.ly/3BiWGFL . 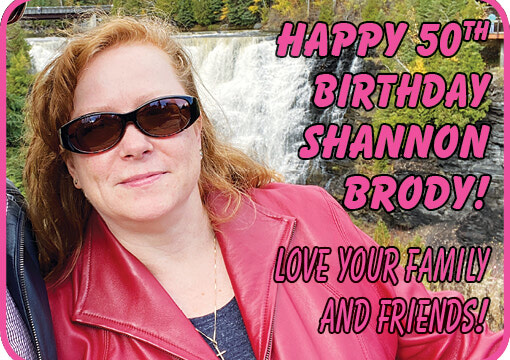