The following is the first column in a series about Nan Dorland, a radio star from New York City who spent six years on what is now Winoga Island on Abram Lake during the 1940s. Nan struggled to become a writer and later became a prospector in northern Saskatchewan. Follow at www.nandorland.blogsot.com or on Instagram @discoveringnan.

My Discovery of Nan

“Prospecting May Be Tough But To Nan It’s All Just Fun.” As I perused the back issues of the Prince Albert Daily Herald back in 2018 in search of content for my newspaper column called PAssages, that headline caught my attention. I read on and discovered that, in March of 1950, an unnamed Herald reporter had a fortuitous encounter with Nan - Evangeline Annette (Nan) Danke/Dorland/Morenus - and her partner John Erdmann Albrecht as the couple was passing through Prince Albert. I say “fortuitous” because Nan, a former radio star from New York City, was Saskatchewan’s only active woman prospector at the time.

I soon learned that her story has a Sioux Lookout connection. Nan Dorland was married to Richard Morenus, author of Crazy White Man (1952), a book about his experiences on what is now Winoga Island on Abram Lake. Those of you who have read his book know that there is no mention of him having his wife with him during the six years (1941 to 1946) that he lived there. More about that in future columns!

Nan, or Mrs. Morenus as she was called, was the primary focus of the Prince Albert reporter’s story. The former actress was certainly one of the more glamorous figures to have turned up in northern Saskatchewan in the late 1940s. “Prospecting in the rugged Northland of Saskatchewan is tough,” the reporter wrote, “but it’s doubly tough when the prospector is a woman. “Despite the drawbacks of being a female in the all-male land of jagged rock, bushes and jackpine, Nan Morenus, an attractive redhead, finds that prospecting is an exciting - and often profitable - way to earn a living.”

Nan and John told the Herald that they were flying to Regina and Toronto to check out their find of base metal from their northern stake. The purpose of their journey had a more urgent purpose, however. I soon discovered that, unbeknownst to the reporter, Nan was four months pregnant.

Why pursue Nan Dorland? After all, she was not famous – although she came close. But her life was unusual and intriguing, so even 70 years after her death, I believe she deserves to be remembered.

Who was Nan – or Mrs. Morenus – the actress-turned-writer-turned-prospector from New York City? How did she end up in northern Canada – first near Sioux Lookout, and later in Saskatchewan? Where was Mr. Morenus and what was the nature of Nan’s relationship with John Albrecht? I have found out the answers to some of these questions and am still trying to find the answers to others.

With the passing of time, so much of Nan’s life story has gone missing. I jumped into my “Nan project” with both feet, however, so I was left with no choice but to turn my attention to what IS present and what CAN be found. My journey in writing Nan’s life story ended up being a complex stitching together of fragments of her life, constructing a portrait both from what remains and what is missing.

I am grateful to The Sioux Lookout Bulletin for agreeing to publish this new column, Discovering Nan Dorland. I hope readers will find the journey that brings her to northern Ontario as fascinating as I do. I also hope that by publishing Nan’s story, more information about her will come to light. If you have any photos or documents about Nan or Richard Morenus that you are willing to share, please contact me at: [email protected]

Special thanks to Dick MacKenzie for his assistance in the preparation of these columns. 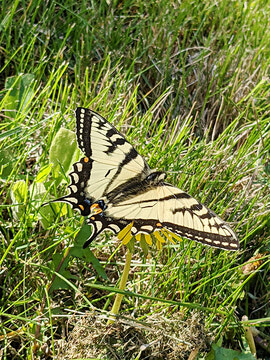