Sioux Lookout resident Benji Goldstein has built a large ice menorah outside his Government Row home recognizing the Jewish holiday of Hanukkah.
Goldstein has built a menorah outside his house twice in the past with this year’s structure being the largest that he has built, “The first one was made of 70 (milk) cartons and then last year was a 170, and this year was 408 cartons for the structure itself.” He added, “I used close to 425 cartons this year. So, it’s more than double in size from last year.”
Goldstein said that with some leftover ice bricks he used milk cartons to create, he decided to build something to add to the joy of viewing the menorah. He said, “We had some extra bricks. So, I built a little ice chair that sits eyeing the menorah and people come by and sit in the chair and take a picture.” Goldstein added, “This year it’s electric and it lights up from the inside.” He explained that the menorah would ultimately be lit up with eight lights along its top. “Hanukkah is eight days long and every night we add another light,” Goldstein said. The menorah is programmed to light up every evening from 4 p.m. to 10:30 p.m. at his 21 Government Row home.
Goldstein explained that the evening of December 10 marks the start of this year’s eight-night celebration of Hanukkah, the Festival of Lights. Goldstein said, “It works on the lunar calendar. So what happens is, every year it gets about one week earlier. Then there is a leap year after four years and it jumps to a month later.” The festival is celebrated with nightly menorah lightings, special prayers and fried foods. Goldstein said that the Hebrew word Hanukkah means ‘dedication,’ here, to the temple of God.
Goldstein moved to Sioux Lookout in 2016. He said, “Our first winter here in 2017, I had this idea to build a little hut or igloo or little house or something out of ice. So, I started collecting milk cartons to do that and I realized I would need hundreds of milk cartons and I only had seventy and the holiday of Hanukkah was coming up. So, I suddenly had this idea to build an ice menorah, just to light up the candles outside.”
Goldstein shared that he had planned to move to Israel this year, however, was unable to, due to the pandemic. With the change of plans, he wasn’t prepared with the milk cartons to build this year’s menorah. Goldstein further added that he was overwhelmed by the community’s response to helping him collect the cartons. “At first, I posted the request on some WhatsApp groups, and then I realized I wasn’t getting enough. So, someone advised to put it on the town Facebook page, and I did. I was so touched, because people really came out of their way, and I would meet people at the post office, I work at the hospital, I’m a doctor there, and some people who would say, oh you’re that doctor who’s collecting milk cartons. We dropped some off at your house.”
With some help from his family and the community, it took Goldstein about four weeks to complete building the structure this year. He washed and stored the cartons in his basement until November, when it was cold enough to fill them up with water and leave them to freeze. He shared that it would usually only take him under a week to build the menorah. But with the warmer temperatures and the additional lights that he was setting up, Goldstein said that it took him longer to complete.
Goldstein said, “It was just really nice to live in a small town and for everyone to chip in like that. I needed 500 cartons and I was first worried that I wouldn’t collect enough and then by the end of August, which was only two months in, we had to ask people to stop bringing cartons because we were getting so many of them.”
Goldstein added, “I was just so touched and grateful to the whole town. Really, people were driving up to the house constantly to drop off milk cartons and we had people coming by the house, just because they knew I had asked them for the milk cartons. They knew I was going to be building it and it was just so nice for people to stop by and lend their moral support as we were building it and also just the physical contributions of the milk cartons.” 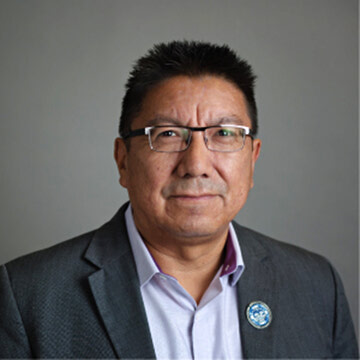 Nishnawbe Aski Nation (NAN) Grand Chief Alvin Fiddler is expressing disappointment and concern, after Indigenous Services Minister Marc Miller admitted at a press conference in Ottawa on Dec. 2 that the federal government would not meet its commitment...