What is the measure of a good life? If you ask 10 people, you’ll probably get 10 different answers, but for George Samuel, who turned 80 on Jan. 30, it’s not really a secret.

“Enjoy what you are doing, especially at work,” Samuel said, adding, “And I never feel sorry for myself. I’ve always remembered a quote that I heard that goes something like ‘I complained about having no shoes, until I met a man with no feet’. I think that’s a good philosophy at the end of the day.”

It’s a philosophy that seems to have served Samuel well through the past eight decades of his life. Another philosophy might have been don’t be afraid to try something new.

Leaving school at a young age to help earn for his family, he had his pilot’s license by the age of 16. As Samuel explained, “You could write the ticket when you were 16 but they wouldn’t give you a license until you were 17. So, I came to Sioux Lookout in 1969 and was flying out of here. Being young, it’s kind of the same thing as being behind the wheel of a car, a little bit too young, I think. I ended up having a couple of accidents that should have killed me, but I walked away from them both, and decided maybe that flying wasn’t for me.”

From there he moved into the fur trade, which saw him do extensive traveling around the area, no small feat back then. As Samuel describes it, it was quite the adventure.

“A fellow by the name of Goldstein had a shop down where DJ’s is now, and he took me under his wing for buying fur. We used to go by train to Savant Lake because there was no road from Ignace to Savant Lake in those days. Then we’d bus to Pickle Lake, then get the next train back to Armstrong and then Sioux Lookout. We’d get in the car and drive down to Thunder Bay, then up the road to Nipigon, and up highway 11 to Nakina. We’d do Nakina, Geraldton, Longlac, then there was a road that took you up to Manitouwadge which brought you out about 40 miles west of White River, then home. We ended up buying furs in Michigan and Minnesota as well, but then I got married and of course the traveling got a little bit too much.”

With his new wife, Arlene, came a new career path, with Samuel buying a fish business out of Hudson which unfortunately only lasted a few years before the discovery of elevated mercury levels in the fish forced a shut down.

From there Samuel moved into his next profession, stating, “I took up carpentry and repaired houses. I did that for about 25 years and enjoyed it. I never took any big jobs, I only renovated. But I found that in all the stuff I had to do, I always had to wait for a plumber or an electrician to come. I ended up taking some courses, and picked people’s brains, and read some books, and I learned to do electrical and plumbing so I could do the whole thing myself without calling anybody in. In those days you could do it without a license.”

At the age of 55, with his back starting to give him trouble (“From starting work so young”, explained Samuel), he made a career switch yet again, getting his Real Estate license and selling real estate with Molstad Realty for 20 more years, before finally retiring at 75.

Looking back on his many professions, Samuel commented, “I enjoyed them all. I never went to work in the morning where I didn’t enjoy my job. At all of them. It’s nice to make money but it’s nice to enjoy what you’re doing too at the end of the day.”

Always ready to try his hand at something new, and contribute to his community, Samuel also became involved in minor hockey in 1968. After seven years he took a break from that, but by 2006 he was again involved and remained so until 2013. Samuel recalls at one point trying to raise funds for the arena so that they could purchase an ice machine unit. He recalls, “They were trying to raise money for the unit, however when I was talking with the guy from Canadian Ice, he said ‘There’s only one thing wrong. These machines are going up by ten percent a year. The only way you’re going to do this, is to buy the machine and finance it.’ So, I put together an artificial ice committee and we went to the bank and got the lowest bid on a $50,000 loan. We had to have it 100% guaranteed, so what we did was we put some posters out on a Monday and said we want 50 people to come and guarantee $1000 dollars each. By Thursday or Friday, the bank called and said go ahead and order the machine...we had almost 100 names in a few days.”

Now at 80, Samuel says he still likes to keep busy, stating “I’m doing a bit of woodworking. I’m making some raised gardens, and I’ve got my gardening here at Cole Terrace. I like cooking and baking too, so I’m busy. I’m lucky, I have my health... 80s only a number if you’re not sick.”

Samuel finished by adding “I’ve always been an optimist, I’ve always felt my cup was half full, never half empty. Work hard... but take the time to smell the roses. I’ve got two children, six grandchildren and one great-grandchild, plus all their spouses, so my life’s full.” 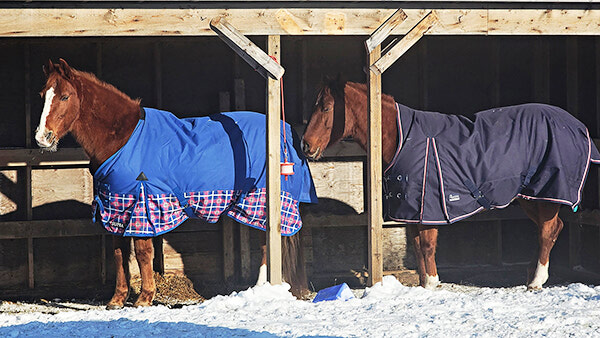