From the Mayor's Desk

The annual Kenora District Municipal Association Conference and AGM was held in Red Lake Jan. 31 to Feb. 2. As well as myself and CAO Michelle Larose, Councillors Cal Southall and Joyce Timpson attended. This annual conference is a good opportunity to meet with Municipal leaders from the District of Kenora, which includes nine municipalities and four unincorporated areas. The municipalities are: Kenora, Sioux Narrows/Nestor Falls, Machin, Ear Falls, Red Lake, Dryden, Ignace, Pickle Lake and Sioux Lookout. Following the October 2018 municipal elections it was also an opportunity to meet new mayors and councillors.

This year the conference started with an address from Federal Minister of Transport Marc Garneau. In conversation with Minister Garneau and MP Bob Nault we talked about our Municipal Airport and Sioux Lookout’s hub role in the Northwest, as well as regional transit needs. During the conference three agencies that serve the District provided reports: Kenora District Homes for the Aged, Northwestern Health Unit (NWHU), and Kenora District Services Board (KDSB). The Homes for the Aged representative spoke of the shortage of labour – specifically personal service workers – and the danger that needed beds in the District may be shut down due to labour shortage. The shortage of workers – in many sectors – is coming up as a Province-wide issue. KDSB reported on their four areas – Ontario Works, social housing, day care, and land ambulance. The Health Unit reported on trends in public health in the northwest. Annual reports are available on-line for these agencies. Sioux Lookout Council has representatives on each Board: Councillor Lago on Homes for the Aged, Councillor Southall on NWHU, and myself on KDSB. If anyone would like to talk about any of these agencies, feel free to contact the Council member representing us on the Board of the agency of interest.

Our Federal MP, Bob Nault, also attended the conference. In his address to the conference MP Nault spoke of a Federal initiative related to immigration. A pilot project is being launched for Northern Ontario, western Provinces, and the Territories. The pilot project will be targeting economic development and securing skilled workers for needed sectors.

Kiiwetinoong MPP Sol Mamakwa also attended and addressed the conference. MPP Mamakwa reported on his background and time to date as our MPP. He was also interested and encouraged municipalities to correspond with him on their issues and provide information that he could use as an MPP in advancing those issues – through the Legislative ‘Question Period’ for instance.

On the final day of the conference the KDMA business meeting, associated with the Annual General Meeting, was held. Elections for the KDMA executive resulted in acclamations of: Ear Falls Mayor Kevin Kahoot as KDMA President, Red Lake Mayor Fred Mota as Vice President, Ignace Mayor Don Cunningham as 2nd Vice President, and Red Lake CAO Mark Vermette as Staff Representative from KDMA on the Northwestern Ontario Municipal Association (NOMA) Board. Our Sioux Lookout Council representative on the KDMA Board is Councillor Timpson.

Following the KDMA annual meeting I attended the Northwestern Ontario Municipal Association (NOMA) Board meeting in Thunder Bay. NOMA is the political advocacy association for approximately 45 Northwestern Ontario municipalities from the Districts of Kenora, Rainy River, and Thunder Bay. The 17 member NOMA Board is made up of representatives from the three District Municipal Associations: KDMA, Rainy River District Municipal Association, and Thunder Bay District Municipal League. The Board includes both Council and Staff Representatives from each of the three District Associations and employs a part-time Executive Director. The Board meets approximately every two months. The recent meeting on February 5th was a bit of a transition meeting following the Municipal elections in October – approximately half the Board is new as a result of elections and retirements. Our next meeting will be held in April and will be the Annual General Meeting and Conference. Elections will be held for Executive positions at the AGM. Currently the President of NOMA is Mayor Wendy Landry from Shuniah and myself Executive Vice President. The NOMA President and Executive Vice President are NOMA representatives on the Board of Directors of the Association of Municipalities of Ontario (AMO). If anyone has any questions related to NOMA or AMO please feel free to contact me.

While in Thunder Bay I also attended a forum put on by the ‘Local Immigration Partnership NWO’. This forum included presentations and breakout sessions discussing the changing demographics across Northern Ontario and the need for new workers. It is obvious that Sioux Lookout is not alone in our need for workers. There was considerable discussion of what municipalities can do and recognition that larger centres such as Thunder Bay have an advantage over smaller more remote regional communities. For instance, the significant number of international students attending both Lakehead University and Confederation College is a large pool for Thunder Bay to draw on. The new Federal Rural-Northern Immigration Pilot Project may provide us an opportunity. More information was available at both the NOMA Board meeting and on a Northern MP’s conference call with northern Mayors on February 6th. We will work with local employers and the regional program to attract qualified workers to Sioux Lookout. And yes, we will continue to work to attract housing development. In our case the question may not be: what comes first, the chicken or the egg? But: what comes first, the chicken or the coop? Clearly we need to work on both challenges and will continue to do so.

If anyone would like to discuss any of these or other matters with me, please feel free to contact me at the Municipal Office. 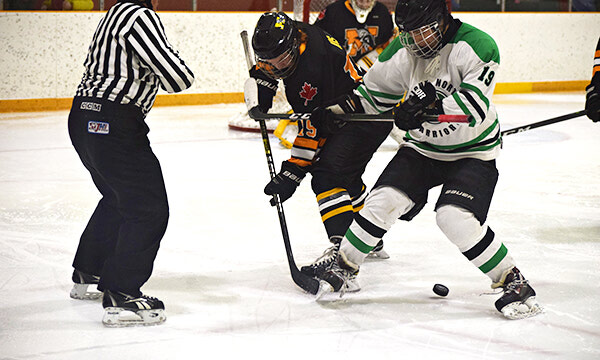