It is a sport that many in Sioux Lookout take very seriously – hockey. The Sioux Lookout Hudson Minor Hockey Association (SLHMHA) had not shortage of fun and enthusiasm from the community this 2000/2001 hockey season.

On Friday, July 20 the Sioux Lookout branch of the United Transportation Union held its annual Fish Derby in memory of Don Switzer at Umfreville Park. All local members work for CN Rail. The Fish Derby is a chance for local UTU members, their families and retirees to get together.

Nurses receive certification in specialty areas of their fields

Excavator working at the terminus of the Umfreville Trail just north of Frog Rapids bridge on highway 72. The initial track bed preparation has been completed from the Forest Inn to this point. 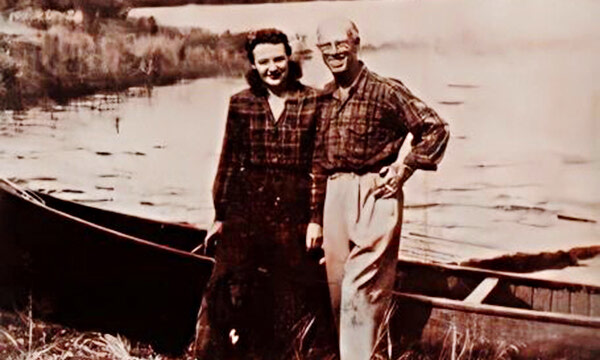 The following is the sixth installment in a series about Nan Dorland, a radio star from New York City who spent six years on what is now Winoga Island on Abram Lake during the 1940s...