Sioux Lookout Town Council decided in an almost unanimous decision that it won’t enter into negotiations with a developer to build a public indoor pool.

Beardy sees light at the end of the tunnel

In a space of 60 minutes Frank Beardy describes the territory he works in as some of the richest land in the world, where people live in third world conditions, and an area where some communities have the highest suicide rate in the country.

The two months on the heels of a report made by the Northwestern Ontario District Health Council (NWODHC) on the shortage of human resources in Northern Ontario communities, The Meno-Ya-Win Health Centre is working hard to stay one step ahead of short-staffing problems.

Happy birthday from the big cat

A surprise birthday party was put on for Leona Legault (centre) at the Ojibway Golf and curling Club. She turned 85 years young on Friday, Dec. 6. 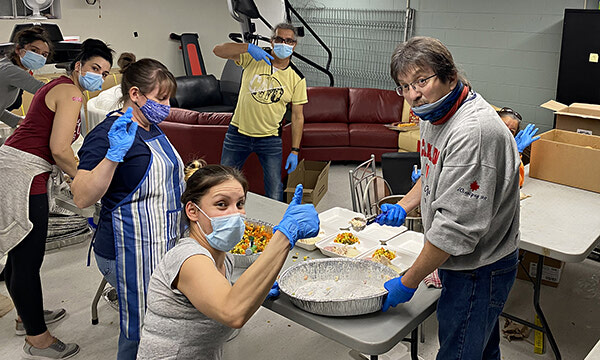 The Nishnawbe-Gamik Friendship Centre (NGFC) continued its efforts to ensure everyone has a great holiday season by hosting a Drive-Thru Feast on Thursday, Dec 2...