NEWS:
Hudson residents opposed to dissolving ward
Their numbers were small but the message was loud. Ten people, including Councillors Cathy Kiepek and Kathy Poling, showed up for the Oct. 24 public meeting to discuss the dissolution of the wards in the Municipality of Sioux Lookout held at the Hudson Community Hall.
NEWS:
Northerner jumps from First Step to MNDM
According to her mother, Florence Bailey was just as determined as a baby as she is now. And that is good news for Sioux Lookout.
NEWS:
Dialing for doctors heads north
The heartbeat rate of health care in Northwest Ontario went up last week when health care workers from 28 Sioux Lookout Zone First Nations gathered for a workshop at the Friendship Centre to discuss the use of telehealth in their communities.
Cover Photo:
Changing of the seasons
Avid golfer and curler at the Ojibway club, Kim Clark, expresses mixed emotions at this time of year. 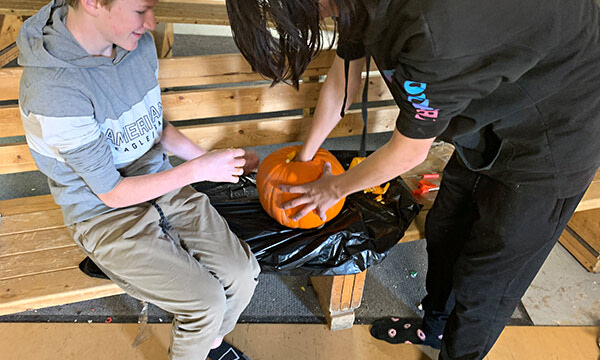 With Halloween fast approaching, the boys and our coaching staff got together on Saturday, October 26th and had ourselves a pumpkin carving contest...