Chairman of the Board brings wisdom and humour to task

The Board of directors of the Sioux Lookout Meno-Ya-Win Health Centre elected Ennis Fiddler of Sandy Lake as its chair on Sept.5.

The owners of Robin’s Donuts and Subway are so short-staffed they’ve had to close early some days just so they could go home and rest.

Though her tour of duty was “rather grueling,” Lois Mombourquette thinks it was worth it to put Sioux Lookout and its health centre’s needs in the minds of Ontario medical students and residents preparing to enter the health profession.

Firefighters were shown an interesting way to keep warm during the cold this past weekend inside the Office of the Fire Marshall Mobile Flashover Training Unit at the Sioux Lookout Sewage Treatment Plant. 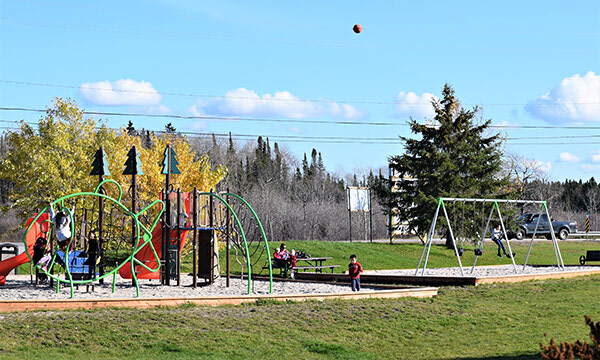 Fun in the sun

Children took advantage of a beautiful, sunny afternoon on Oct. 20 as they played and laughed at the Travel Information Centre playground.