MNR protects islands for eternity
Over a thousand islands on Lac Seul are collectively one of 378 protected areas outlined in Ontario’s Living Legacy Land Use Strategy in 1999.

Municipal Strategic Plan will mean clear direction and better accountability
If the Town and Bill Dawes didn’t get the crowd they expected, the upside was a more intimate and informal setting to engage in a lively discussion.  Public meetings held in Sioux Lookout Council Chambers Sept. 25 and the Hudson Community Hall Sept. 26 allowed residents to discuss a draft version of the Municipality of Sioux Lookout’s new Strategic Plan. 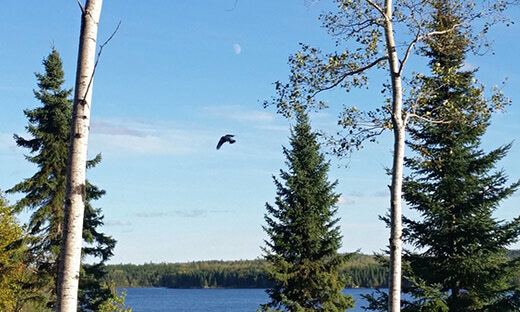 When I was a boy, among the ugliest names to be saddled with was yellow-bellied sapsucker. It was an insult, hurled to hurt, meaning sissy, or chicken butt...