Over a thousand islands on Lac Seul are collectively one of 378 protected areas outlined in Ontario’s Living Legacy Land Use Strategy in 1999.

At 1:30 a.m. Sept. 27 after counting votes for five hours, Electoral Officer Doreen Quedent announced in the band hall at Frenchman’s Head, Lac Seul First Nation, “I would like to introduce the new chief.”

If the Town and Bill Dawes didn’t get the crowd they expected, the upside was a more intimate and informal setting to engage in a lively discussion. Public meetings held in Sioux Lookout Council Chambers Sept. 25 and the Hudson Community Hall Sept. 26 allowed residents to discuss a draft version of the Municipality of Sioux Lookout’s new Strategic Plan.

Two-year-old Blake Windego rides high in the saddle of Robin the pony. 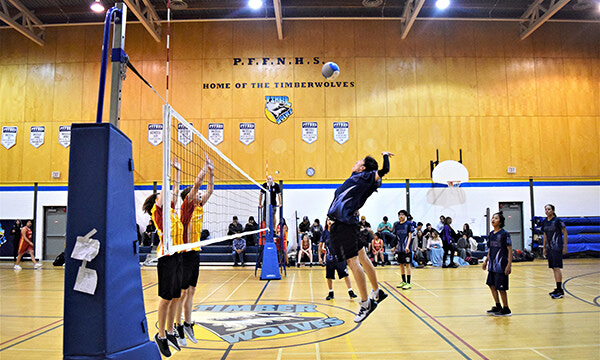 The Pelican Falls First Nations High School (PFFNHS) Timberwolves had a packed schedule on the court on Sept. 24 and 25 when they hosted the St. Thomas Aquinas Saints and the Red Lake Rams.