Members of the community got a chance to see what Sioux Lookout’s new high school is shaping up to look like, both inside and out. The opportunity came in the form of an open house public meeting hosted by the Municipality of Sioux Lookout and the Keewatin Patricia District School Board (KPDSB) on June 1 at Sioux Mountain Public School (SMPS).

The Truth and Reconciliation Commission released its summary report and findings last week, a culmination of six years of hearings and testimonies from more than 6000 residential school survivors and those close to them.  “For over a century, the central goals of Canada’s Aboriginal policy were to eliminate Aboriginal governments; ignore Aboriginal rights; terminate the Treaties and through a process of assimilation, cause Aboriginal peoples to cease to exist as distinct legal, social, cultural, religious, and racial entities in Canada,” the report states. 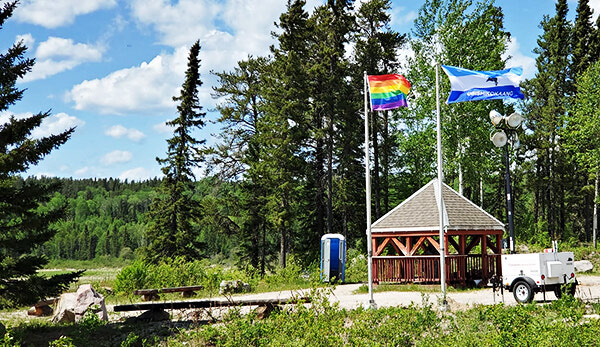 Lac Seul First Nation (LSFN) recognized Pride Month for the first time last week, resulting in a Band Council Resolution proclaiming the month of June to be Pride Month in the community.