Sioux Lookout rang out 2012 with pride as a major accolade for a long-time community member was announced December 30. Garnet Angeconeb, a Sioux Lookout resident originally from Lac Seul First Nation, was named an Order of Canada member, in honour of his lifetime of volunteer service.

In less than a year Sioux Lookout’s Brian Rose has travelled the earth pole to pole. His next stop will be Germany in February. Rose, 36, is an aircraft maintenance engineer for Kenn Borek Air works mainly on the company’s DC-3 Baslers which have been converted to house turbine engines. Rose typically works a month on, a month off schedule.

The trail to the waterfront at Cedar Bay beckons residents and visitors alike with its picturesque beauty. The trail has been a popular destination lately for winter sport enthusiasts or those just looking to get a bit of fresh air and exercise. 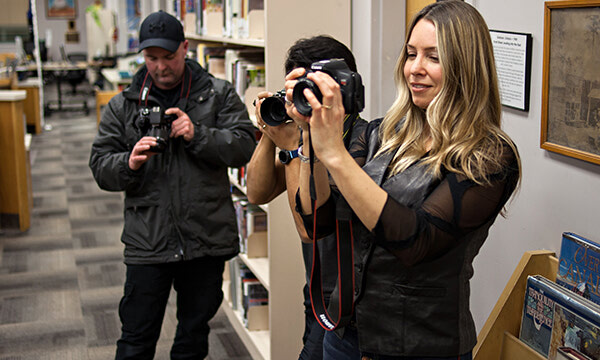 The Sioux Lookout Photography Group is inviting anyone with a connection to Sioux Lookout or the surrounding communities, with a passion for photography, to join their group. The founder and leader of the Club, Devon Opden Dries, said, We always like...