What breathes, has a pulse, can be administered drugs, but isn’t real? Flight paramedics were treated to the chance of practicing their skills on a high-tech patient simulator that reproduces real emergencies.

Sixteen days before Christmas, three grads fresh from the Ontario Police College in Aylmer, Ont., were awarded their badges by their employer, Nishnawbe-Aski Police Service in a ceremony in the NAPS hangar at the Sioux Lookout Airport.

The Hub of Sioux Lookout 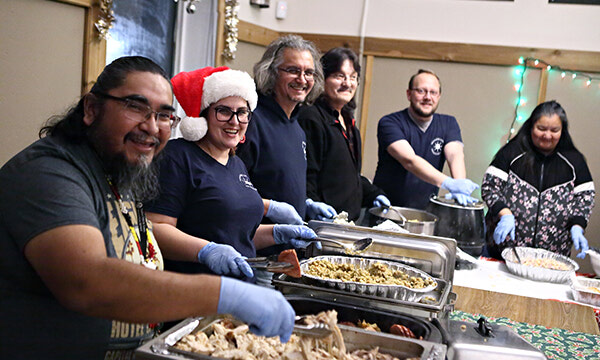 The Nishnawbe-Gamik Friendship Centre (NGFC) served approximately 300 people at their annual community feast on Dec. 6. Ten turkeys, 10 hams, and 100 pounds of potatoes were served during the evening.