Nuisance bear shot and dumped on lawn at MNR

Erich Schmidt was fed up with having his property destroyed by a 350 pound black bear, so last Friday he shot the marauder and delivered the carcass to the Sioux Lookout District Ministry of Natural Resources office.

As part of the 2001 Blueberry Odyssey the Hudson Drop-In Centre hosted its 7th annual Blueberry Luncheon on Wednesday, August 8. 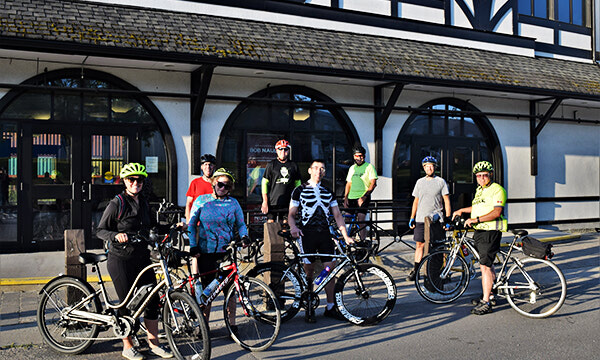 Sioux Lookout Mayor Doug Lawrance led a group of cyclists during the Second Annual Cycle to Hudson on August 10. Starting at the Train Station in Sioux Lookout, the ride to Hudson and back is approximately 50 kilometres.