Sioux Lookout water meets Ontario Ministry of Environment regulations and does not have the levels of trihalomethanes (THMs) exceeding 100 parts per billion (ppb) as reported three times in a Thunder Bay paper in February.

Although the money has been allocated since the spring of 2000, the first tangible sign that the Sioux Lookout OPP will get a new building appeared in a Thunder Bay paper on Feb. 14.

NEWS:
Pelican Falls student links-up with students from around the world

Leona Kakepetum felt weird the first time she saw her picture on the Internet. The 17-year-old grade 12 student at Pelican Falls High School is one of 12 Canadian kids selected to participate in the World Link-up Project spearheaded by the Australian Broadcasting Corporation.

It was a day of celebration as people came out to watch the grand opening of the Frontier Bookstore last Friday in their new location at 56 Front Street. 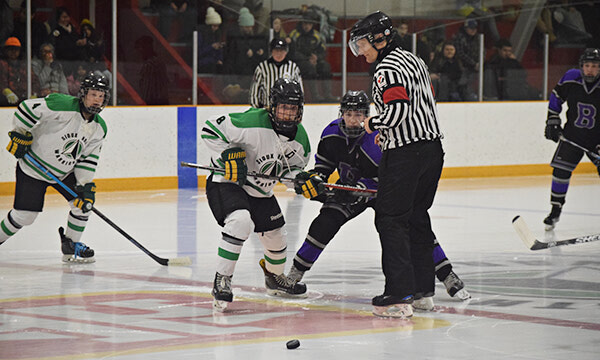