Clifford Mushquash is going to Ottawa to meet and skate with Elvis Stojko. Clifford was one of 12 winners from across Canada in the contest “My Most Priceless Moment in Skating”.

The French Immersion program at Central and Wellington schools will be offered through the 2002 school year before being reviewed again.

Four women had the chance of a lifetime over the Easter Weekend and they rose to the challenge. Kelli-Dawn Baker, Korri Mallais, Debbie Whalen and Lisa Hope beat a team of four former world champions 6-4 in six ends in Toronto over Easter.

Cover Photo:
Hockey with a twist

Children at Hudson School play schlockey on the playground. The sport combines school and hockey and is played in order to reduce aggressive behavior in children. 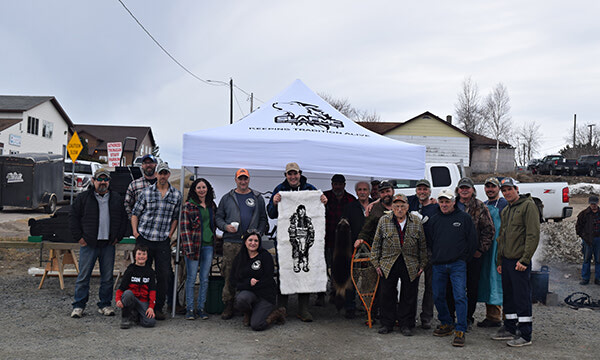