A former Sioux Lookout resident and police officer for 12 years, Elaine M Barr, will be returning to town on August 27 as part of her Northern Ontario book signing tour.

Barr welcomes people from all walks of life to give her book, Blame It On Betty, a read. She said, “Every reader has a different kind of interest in it. Some are my childhood friends, people interested in the policing stuff, poetry lovers, and so on.” She added, “You never know what part is going to touch someone.”

Sioux Lookout is one of six communities that Barr will be touring. She will be at the Sioux Lookout Travel Information Centre between 10 a.m. and 2 p.m. “I’m going to be starting in Atikokan. I’ve got them set up for August 17, and then I’ll be making my way to Fort Frances, Kenora, Dryden, Sioux lookout and Thunder Bay,” said Barr.

“Blame It On Betty” is available for online purchase on several platforms including Book Depository, Kindle, Kobo, Indigo Chapters, Barnes & Noble and Amazon.

Currently living in eastern Ontario, Barr is a northwestern Ontario girl born in Fort Frances and brought up in Sapawe, which at the time was an isolated village on private property with about 30 other families, located approximately 20 miles east of Atikokan. The village dissolved over the years. Barr is the third oldest of seven children. Barr is a survivor of five years in the Canadian military, 25 years policing and 65 years of family living, shared a media release for Blame It On Betty.

Barr started working on this book around late August in 2019. “I always had that desire to write and I knew someday, the plan was to actually write a book. And so when…we got locked down in 2020, I thought okay, this is the time to get it done. I’m going to make use of that time and so that’s when I decided to write the book,” said Barr.

With a passion for writing poetry and short stories from a very young age, Barr finally undertook to fulfill her longtime dream of writing a book that was published in late May of this year. She said, “The book itself is really the story of my life and it’s considered poetry, but to me there are some short poems in there, but most of it, they are short stories. The twist is that they are in verse and they rhyme. There are six different chapters and the book starts off with what was written in my younger years for the first chapter, like poems that I wrote when I was younger, and then it goes into my family.” She added, “It’s basically my life in six different stages.”

Barr served Sioux Lookout from 1992 to 2000, and returned for another four years in 2007. During her time in Sioux Lookout, Barr was involved with Ladies Fastball, St. Andrew’s United Church and the Out of the Cold Shelter. She said that the book also reflects on her life experiences and adventures during her policing career. “With my writing, a lot of it is coming from the victim’s point of view. I believe it is honoring the people that I met on the job. Because those are the ones that truly inspired me were the victims of crime,” said Barr. Through her writing, she also wanted to shed a positive light on work done by law enforcement officers. “With everything that is going on in the world with the policing and police brutality, I wanted to show the human side of policing,” Barr added.

Barr has also shared the challenges that she faced with addictions and her sexuality, which she talks all about in her book. “I had my struggles with alcoholism, I had struggles with my sexuality, I was in the military for a few years…and there you couldn’t be a gay person, or you were kicked out of the military. So, we had to stay hidden.

“So, I struggled with alcoholism because of that. But, I turned it all around. For me, I hit rock bottom and I saw the light and I’ve been 39 years sober now, and I had a thriving policing career. It’s all in the book.”

Barr said that while she doesn’t aim to make huge profits, she would like to recover the money she invested in her book, and touch a few hearts along the way.

“It’s a fairly lengthy book, there are like 350 different pages. I had a lot to say, my life was kinda colourful, so there was lots to say about it,” said Barr. She added that although she has not identified any names in her book, “people that were involved in those incidents, I’m sure are going to know that it is about them,” Barr said. 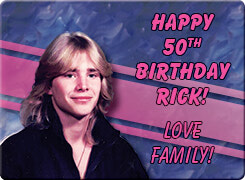