The building on Wellington Street which formerly housed the Sioux Lookout Museum was recently demolished. Municipal Clerk Brian P. MacKinnon shared that the property was sold two years ago by The Municipality, with an intent for commercial development purposes. He added, “It was deemed surplus to Municipal needs and had been on the market for several years.”
MacKinnon shared, “The building was no longer suitable for housing the collection, primarily due to the age of the building and the fact that it was not heated in the winter. The artifacts, in this environment, were subject to more rapid deterioration, hence the need for a more suitable location.”
The Museum was relocated to the Heritage Train Station in 2013.
The museum is not currently open to the public and has been closed for approximately a year now. The Municipality of Sioux Lookout shared with The Bulletin that this was a result of staffing changes, along with some other plans to reimagine the Museum and its role in the community.
In November of 2019, municipal council authorized funding applications to the Northern Ontario Heritage Fund Corporation (NOHFC) for $171,000 and to FedNor for $171,000, in addition to a Municipal contribution of $85,000, and any cost overruns, to remodel the basement of the Sioux Lookout Public Library Building, located at 21 Fifth Avenue, to accommodate the Library, the Sioux Lookout Community Museum, and an Indigenous Knowledge Centre, as a Community Hub.
An April 17, 2019 report to council from Economic Development Manager Vicki Blanchard states, “The Municipality of Sioux Lookout was one of the first communities in Canada to declare 2017 the Year of Truth and Reconciliation and established a Mayor’s Committee on Truth and Reconciliation. The Municipality is very forward thinking and in response to the Ministry of Cultures 2008 report on Third Generation Public Libraries we are moving towards an integrated cultural centre expanding on the community’s Library and Museum while incorporating an Indigenous Knowledge Centre.
“The Municipality’s Library is located at 21 Fifth Avenue next to the Municipal Administration office. With the continued pressure from organizations and businesses on the Municipality to respond to the need for commercial property for expanding or new businesses the Municipality deemed the basement of the Library as a possible location to integrate existing municipal services in order to free up additional commercial space in the downtown corridor.”
Blanchard’s report further states, “The Municipal Council approved an investment of $42,000 to pour cement in the Library basement, a 3,600 square foot area, to create the much needed community space. Upon completion, an inventory of municipal services was conducted to identify the opportunities to integrate operations and it was concluded that Library and the Museum would be a natural fit. The current Museum location is at the Heritage Railway Station and has grown out of that space. In the spirit of developing Community Hubs administration approached the Library to see if there was an appetite to expand their service levels to operate the Museum and to incorporate an Indigenous Knowledge Centre, in cooperation with the Municipal Truth and Reconciliation
Committee.”
“The Municipality is still awaiting funding approvals, as well as continuing to explore the potential partnership opportunity with the Library,” The Municipality informed. 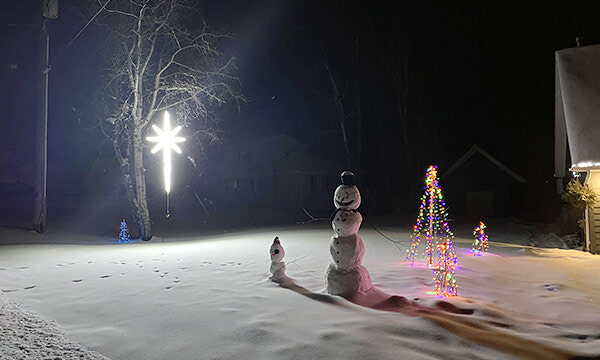