Evacuees impacted by nearby forest fires and smoke are returning home.

Brent Ross, spokesperson for the Ministry of the Solicitor General shared on August 13, “The Ontario government through Emergency Management Ontario (EMO) and the Ministry of Northern Development, Mines, Natural Resources and Forestry (MNDMNRF) have responded to declared emergencies in Deer Lake First Nation (FN) and Poplar Hill FN, Pikangikum FN, and Wabaseemoong Independent Nations.  Emergency Management Ontario is coordinating the evacuation and return of these communities impacted by nearby wildland fires and smoke.”

As of the afternoon of August 13 the Ministry of the Solicitor General shared:

Approximately 425 evacuees remain in host communities.  Evacuees in Cornwall and Cochrane have now returned to their community.  The remaining evacuees in Thunder Bay are expected to return home today.

Approximately 125 evacuees remain in host communities. These evacuees are expected to return to their community today and tomorrow.

All evacuees have now returned to their community.

Approximately 375 evacuees have been evacuated to communities in Ontario.  Additional self-evacuees have made their way to Manitoba.

“In support of the federal government’s responsibility for the health, safety and well being of First Nation communities on-reserve, and consistent with EMO’s role in coordinating the province’s response to emergencies, EMO is working with several municipalities across Ontario that can provide support and assistance to evacuees.  We would like to thank Thunder Bay, Kapuskasing, Cochrane, Timmins, Greater Sudbury, Kenora, Sioux Lookout, Sault Ste. Marie, Peel Region, Mississauga, London, Lac Seul FN and the NAV Centre in Cornwall for agreeing to host evacuees. We appreciate the ongoing collaboration with Dryden and Ottawa acting as a hub for evacuees, and would like to thank the many other communities and First Nations who are working with EMO to prepare for the potential need for further evacuations if current wildland fire conditions persist or worsen.

“The province will continue to collaborate closely with affected First Nation communities, participating municipalities, the federal government, and the NGO sector to ensure that all necessary resources are deployed to protect people impacted by wildland fires,” Ross informed.

As of the evening of August 15, the Ministry of Northern Development, Mines, Natural Resources and Forestry’s Aviation, Forest Fire and Emergency Services (AFFES) reported that there were 114 active fires burning in the northwest region. Sixteen fires were not under control, eight fires were being held, 13 fires were under control and 77 fires were being monitored.

Due to the high to extreme forest fire hazard, a Restricted Fire Zone (RFZ) remains in place in the Kenora, Fort Frances, Dryden and Thunder Bay Districts and southern portions of the Sioux Lookout and Red Lake, Districts.  The Restricted Fire Zone will be in effect until further notice. Outdoor fires are banned. Portable gas stoves may still be used BUT must be handled with extreme care. 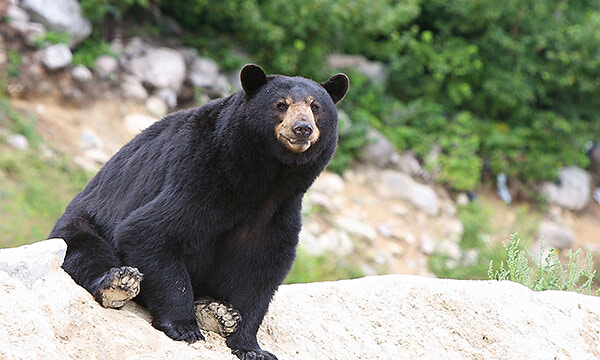 There have been a comparable number of calls to the provincial Bear Wise reporting line from the Sioux Lookout area this year to last year.