A vehicle pursuit on Easter Sunday has led to five charges being laid against a 34-year-old Lac Seul First Nation resident.

Police arrested and charged the female driver with:

5. Driving with Open Liquor- 32(1) of the Liquor Licence Act

The driver of the vehicle will appear in Lac Seul Court on June 30 to answer to the charges.

“The LSPS take a zero-tolerance approach to drinking & driving in our Communities.

“By calling 911 and reporting suspected impaired drivers to Police, everyone can assist in keeping our roads, trails & waterways safe by reducing impaired collisions, deaths and injuries,” LSPS shared. 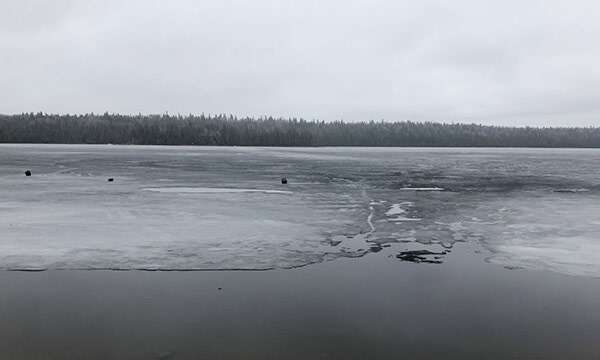 The Municipality of Sioux Lookout is warning the public to stay off area lakes and streams due to extremely thin ice.
Municipal Clerk Brian P. MacKinnon shared that during the spring thaw, ice conditions deteriorate rapidly, especially after rainfall...