Nine fish, all Northern Pike, were caught during this year’s tournament.

Nerina Facca hooked the big fish of the day, weighing in at 6.37 pounds.

The first time derby participant said, “I thought it was really fun. I came out with my cousin and her son and her friends, so it was a good family event. It was social and really warm, a nice day... I just think it was really well run and put together by everybody here.”

Sharing the story of her first place wining catch, she shared, “The other woman beside me caught one, about I’d say, four seconds before I did and then my line went down. So I reeled it up. My drag was actually not set as well as I’d wished it would have been, so it took me a little bit longer to bring it up.”

Mark Ridgway landed the second largest fish of the derby at 6.25 pounds.

This was the SLAH member’s second year taking part in the derby.

He said it was a great day out on the lake and thanked everyone for coming out.

Noah Bolen finished third in the derby with his 4.82 pound Northern Pike.

“I thought it was nice to go out with my mother and try to catch some fish; maybe win a prize or two,” said the first time participant.

“I had fished in the tournament in previous years and I knew kind of what area people had caught the most in, so I got here first thing and picked a hole that I thought would do well and apparently I picked really well,” she laughed.

“It’s close to town and it’s fun. It’s not a high pressure tournament. The kids can wander around and have a good time,” she said when asked what brings her back to the derby year after year.

Carpenter said he takes part in the derby regularly and enjoys meeting new people and spending time on the lake.

“It’s a really good year. I think everybody had fun and enjoyed the day,” derby coordinator BJ Egerter said.

“The club hosts an event every month throughout the year. I enjoy doing this one… it’s geared to families and it’s always the last Sunday of the March Break because everybody is usually home from vacations at that time,” he said.

“I had 125 prizes and three cash prizes, as well, every half hour I gave away a prize for an adult and a child, so I’m over 150 prizes total for this year. The local business, we appreciate it very much because we know they get hit hard every year for sponsorships and donations, so we like to purchase from the local businesses as well, keep our money in town,” he said. 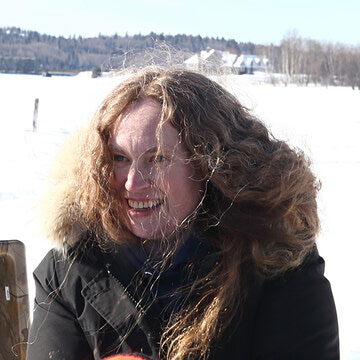 A local business owner has made a proposal to Sioux Lookout Municipal Council which would help clean up the community and generate funds to improve the town for everyone at the same time.