An early Christmas present for Sioux Lookout resident Rebecca Kiepek.
Kiepek was the lucky winner of the Sioux Lookout Meno Ya Win Health Centre Foundation’s 50/50 Charity Draw for the month of December.
Kiepek said when she got the call telling her she had won $21,268, she was floored. “It was very exciting!”
Kiepek said she and her husband regularly support local draws, fundraisers and charities.
She heard about the 50/50 draw, thought it was a good cause, and purchased her tickets the night before the draw closed.
Kiepek said she has never won anything on this scale before.
Asked what she and her family might do with the early Christmas surprise she said, “We have a roof that needs replacing. We’re not really sure yet. We’ve been talking about it a lot though.”
“She has to buy herself something nice with it,” husband Eric Kiepek added.
Kiepek encouraged others to purchase tickets for next month’s draw and support the Foundation.
SLMHC Foundation Treasurer Rita Demetzer said she felt the Foundation’s first 50/50 draw went quite well.
“We just watched it grow and grow and grow. Especially in the last two to three days, it was phenomenal. It was so exciting, and exciting to know that people are contributing to the health centre through the Foundation, and contributing towards the equipment that we need to provide for patient care,” she stated.
The Foundation provides funds for equipment, staff training and capital building projects to the Sioux Lookout Meno Ya Win Health Centre. The Foundation relies on donations from the community to do so.
“SLMHCF is fortunate to have two groups planning events over the past 20 and 10 years, respectively: the Bearskin Airlines Charity Golf Tournament and the Bearskin Airlines Skip to Equip Curling Classic. Last year, the two events brought in approximately $130,000.00. Unfortunately, due to Covid 19, neither of these events will be held this year and the SLMHCs fundraising will be drastically reduced,” the Foundation shared in a news release earlier this year.
“Many people don’t realize that the purchase of all equipment required for a hospital, from beds to CT scanners, is the responsibility of the hospital, not the provincial government. In the next five years, the Health Centre needs to replace all of its IV pumps (approximately 60); their CT scanner and their mammography unit. The approximate total cost of this equipment will be over $2.5 million, in addition to many other required pieces of equipment. SLMHCF will be running a full-fledged campaign for this equipment, however, funds from the 50/50 raffles will be needed, and much appreciated, to ensure the campaign’s success,” the Foundation explained.
“That’s why the Foundation is so important to the community and that’s why donations to the Foundation are so well used, because everything the foundation collects goes directly back into our hospital,” Foundation Chair Christine Hoey explained in an interview with The Bulletin earlier this year.
Demetzer said the Foundation is extremely grateful to everyone who purchased tickets for the December draw, generating $21,268 for the foundation, an amount the Foundation is hoping to increase upon in its second draw, which is now open, closing on Jan. 8.
The Foundation will be conducting a total of 12 monthly 50/50 draws.
People can find out more and get their tickets at www.slmhc.on.ca/foundationdraw.
Since its inception, the Sioux Lookout Meno Ya Win Health Centre Foundation, through the help of donors, has raised more than $7 Million to enhance health care in Sioux Lookout and the north. 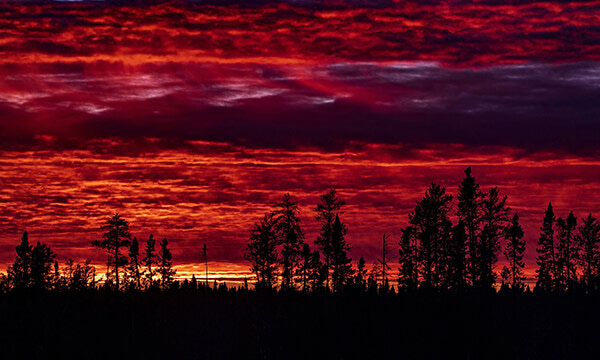 With a passion for photography, Sioux Lookout resident Justin T Stevens has published his first calendar, which includes photographs of northern Ontario. Stevens said, Northern Ontario has some of the most beautiful landscapes, and I think people...