A tragic house fire in Sandy Lake First Nation has prompted more calls from Indigenous leaders for the provincial and federal governments to take action on what they see as inadequate supports for fire services in their communities.

A media statement issued by Sandy Lake First Nation leadership on Jan, 14 informed, “Sandy Lake First Nation is saddened to confirm that three children died in a housefire that broke out just after 11 p.m., January 13, 2022.” In the release, Sandy Lake First Nation Chief Delores Kakegamic called for adequate resources for fire and emergency services, stating, “Our volunteers did all they could with what they had. We should have the same level of support as anyone else in Canada. Lives are at stake.”

The Matawa Chiefs Council, made up of nine First Nations communities, added to Kakegamic’s calls for better emergency resources in a release issued on Jan 15, stating “We echo and unequivocally support Chief Kakegamic’s call for adequate resources for fire and emergency services. Indigenous Peoples having a 10x likelihood of dying in a house fire than the rest of Canada is a statistic that is completely unacceptable. It is time for the country to come to terms with the fact the public safety laws were not written with the housing and community conditions of First Nations in mind.”

Sol Mamakwa, MPP for Kiiwetinoong has also reiterated his calls for better emergency response resources in First Nations communities in the wake of the Sandy Lake tragedy. In a Jan. 18 press release issued by the Ontario NDP, Mamakwa stated, “The deaths of three young children in a fire in Sandy Lake has devastated the community and has broken the hearts of people across the province and the country. We cannot allow this to happen again. There can be no more jurisdictional games played with the lives of First Nations children.”

Mamakwa, the Ontario NDP critic for Indigenous and Treaty Relations, continued, “The people of Ontario want to help.  Canadians want to help.  It is time for the Ford government to listen and provide the firefighting resources needed in First Nations communities now. First Nations are asking for the same level of fire protection afforded to all Ontarians. Right now, too many communities are relying on volunteers and insufficient equipment to fight fires because they do not have the funds and resources for paid firefighters and fire prevention services.  The province must help protect families with fire safety action plans and ensure that all homes and infrastructure are safe.”

Mamakwa added, “If the government doesn’t act now, more tragedies will happen.  How many children will we lose to preventable fires before this government takes action to save lives?”

Reached by phone, Mamakwa reiterated his calls for action, stating, “I think it’s a much-needed call that had to happen, it’s a

Mamakwa added “It’s the children that pay with their lives. It’s time we have a plan. First Nations need to work together to make sure that we are properly resourced.  It’s been happening for too long and it’s not right.”

As of Jan. 20, Mamakwa confirmed he has not heard back from either the provincial or federal governments. 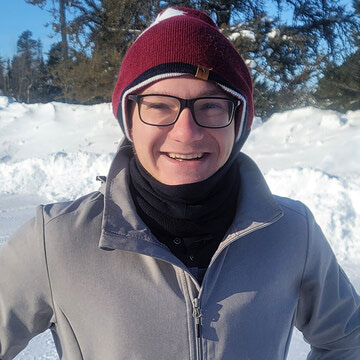 Question of the week: What are your thoughts on this winter’s weather?