Eunice Fiddler, 85, was the first ECU resident to be inoculated. Her daughter Margaret Beardy was on site to support her and translated for her, “She said that she wants her people to accept whatever is offered for them for vaccinations.”

Grand Chief Fiddler shared, “Looking at the video footage of my mom getting the vaccine was pretty moving.”

He noted, “There’s 47 Elders there (at SLMHC and the William A. George Extended Care Unit Facility) and 44 of them gave their consent to take the vaccine, which to me is just incredible. That tells me that they want to live and they want to be able to see this pandemic through so that they can see their loved ones again, their grandchildren, great-grandchildren, their family, their loved ones.”

SLMHC President and CEO Heather Lee shared with the media after witnessing the first inoculations, “We’re very grateful that we were chosen to receive the vaccine, to be one of the first to receive the Health Canada approved Moderna vaccine in our area. We’re happy for our residents, some of our most vulnerable population live in this area and we’re really thrilled that we can bring this to them.”

“We work very closely with the provincial distribution task force and they help us ensure that we have the correct amount of doses that we need,” she added, further stating, “This is just the initial rollout. As we continue to roll the vaccine out, then we follow their direction on how and when the next vaccine comes in and is given. It is between a 21 and 28 day period before the second vaccine is given.

The Moderna COVID-19 vaccine, according to the Government of Canada, is approved for people who are 18 years of age and older.

According to the Government of Canada, “The vaccine is given by an injection (0.5 mL) into the muscle of the arm. For the vaccine to work best, you need to get 2 doses: a single dose and then a second dose one month apart.”

SLMHC shared that the province is rolling out the vaccine in three phases, with a focus on the most vulnerable populations first.

According to SLMHC, in addition to administering vaccines to residents and staff of the ECU, hospital chronic care patients and all hospital staff also received the vaccine.

Lee said this amounts to more than 500 people in Sioux Lookout receiving the vaccine.

Vaccinations began at approximately 9 a.m. on Jan. 7 and Lee said vaccinations were expected to be completed within the week.

“We’ve been very fortunate in this area to see a low incidence of the virus and I think that speaks to a lot of people adhering to the restrictions, it speaks to the leadership within all of the communities… this is a great opportunity for us to get people vaccinated. We still need to adhere to the restrictions. I think that’s a key message is that even though we’re starting vaccination rollout within the health centre and the long-term care unit, it’s really, really important that we adhere to those restrictions,” she said.

Lee praised the efforts of Cynthia Dwyer, Administrator of Long-Term Care during the pandemic, stating, “I think she has been militant, I’ll say that word, in keeping these restrictions in place here to keep our residents safe and for that we are all very grateful.”

Asked about the importance of bringing the vaccine to Sioux Lookout and having it administered where ECU residents live and by people they know, Lee said, “It’s extremely important. I think it can be very frightening for people who aren’t 100 per cent sure about this pandemic period, that a vaccine comes out and we explain all that to them. So to be here with people that they know, who care for them day in and day out, who they trust, is really important because when we have to go elsewhere, or other people are coming in that they don’t know, it’s a very frightening experience for them and can really create dilemmas for them physically and mentally for their health, so it’s important that it’s done here.”

Karen Parent, Director of Clinical Support Services for SLMHC, played an integral role in getting the vaccine to Sioux Lookout.

“It was possibly one of the best emails and phone calls that I’ve received in a long time, and especially over the Christmas holidays, it was welcome news and very exciting and sincerely just wanted to get the ball rolling and get it done knowing the importance of it,” she said about getting the news that the Moderna vaccine was coming to Sioux Lookout. She added, “New Year’s Eve, let me tell you, that was wonderful! I was just really excited… great way to start the New Year.”

Asked her role going forward, she explained, “Daily ops and coordination with the government and with the provincial task force on who’s been inoculated, who’s going to be on the roster to get done next, what our timelines are like, how soon can we complete, who else is left to inoculate, what are your plans moving forward, what do you need from us, it’s a constant communication between all of the organizations to ensure that this is a success and that we’re able to do this in a short time frame.”

“It was very moving and I feel so very proud to have been able to do something to bring this to our community and to support our elders, the residents of this home, and I’m driven to continue forward to continue to help our providers in the region, to help anyone else who needs our support and willing to help in any way that we can to make sure that we get this done.”

SLMHC Administrator of Long-Term Care Cynthia Dwyer said after witnessing the first vaccinations, “It was amazing. It is a blessing. Very emotional. It had been a long time coming. When this all started, our restrictions were brought in a lot sooner than other health care facilities… Very happy it is here.”

Dwyer said Jan. 7 was a day of great joy among residents and staff, a sentiment shared by SLMHC Interpreter Tom Chapman, “Receiving the Health Canada approved Moderna COVID-19 Vaccine was an important step for me to take in order to further protect myself, my family, co-workers, and patients at Sioux Lookout Meno Ya Win Health Centre. Receiving the vaccine has brought a sense of relief, and I encourage others to receive the vaccine, when it becomes available to you, to help keep themselves, their families, and their communities safe.”

“I’m so happy to see it! On a personal note, my mother-in-law is a patient in the hospital here and she’s one of the at risk people that is going to receive the vaccination and it’s a relief. It’s sort of like the culmination for all of us, all of the people who have worked so hard in that last year due to COVID, all of the changes that we’ve had to make in our lives, this is a real breath of fresh air, it’s a positive thing and I’m just really stoked that this is here and that we’re actually getting it done and we’re working to improve everybody’s life here and in Ontario.”

He explained, “One of the roles that Ornge is playing is that we’re flying the vaccines throughout Ontario, to Northern Ontario, to the different communities. Sioux Lookout, we brought it in here the other night (Jan. 5), we brought in the doses of vaccine, at the same time, simultaneously we were bringing doses into Moosonee, and that will be ongoing. The other thing that we’re working on is we’re putting together vaccination teams that will go to rural, remote communities in the north to deliver vaccines to at-risk patients in the north… The Ontario Government has tasked us to be the lead on the vaccine distribution in remote communities in the north.”

SLMHC is a 60-bed acute care hospital with a 20-bed off campus extended care facility, serving residents of Sioux Lookout and the surrounding area, including Hudson, Pickle Lake, Savant Lake, and the 28 First Nation communities in our region.

Asked about the vaccination rollout in the NAN communities, Grand Chief Fiddler informed, “There’s been a lot of work that’s been done already, a lot of meetings, a lot of discussions, even going back to the fall when we heard about the development of these vaccines and that they were close to being approved.

“So, obviously, we had to first of all just inform our communities on these developments and then closer to Christmas, November, December, begin the preparatory work, make sure our communities would be in a position to receive the vaccine once it is ready to go. Now it is starting, it started yesterday with day one at least in the northwest part of NAN. There’s work also happening along the coast with the Elders’ homes along the coast, and then the end of January we’re looking at teams to go into our communities and that’s going to happen right through February and March and based on the timelines that we we’re working with, to finish that first phase of vaccinating the remote fly-in communities by April.” 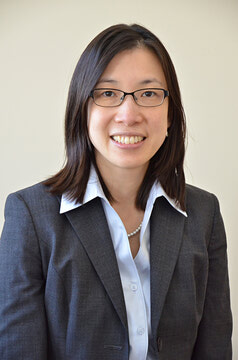 As COVID-19 cases continue to rise throughout the province, the Government of Ontario has extended the COVID-19 shutdown in Northern Ontario until at least January 23.