Children and their parents paraded from the Sioux Lookout Fire Hall to the Town Beach with members of the Sioux Lookout Volunteer Fire Department on August 5 as part of the annual Firefighter’s Kids Day Parade.
The parade was followed by a variety of races and games such as running races, potato sack races, and a balloon toss.
A highlight for many of the children in attendance was the opportunity to cool off under the ladder truck’s hose. 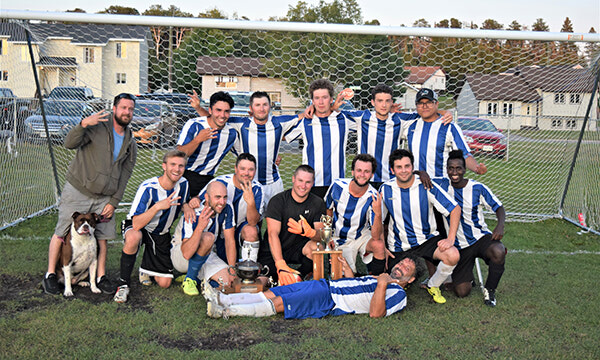