Over the past three years, the Cedar Bay Trail Co has been maintaining, grooming, and building trails located at Cedar Bay.
Members of the Cedar Bay Trail Co, which is a not-for- profit trail building collective made up of outdoor enthusiasts who volunteer their time, said the trails are the best they’ve ever been for fat biking and snowshoeing.
“It’s the best year we’ve had yet. It was a little slow starting just because of the lack of snow, but I have to give credit to Paul (Hoftyzer). He’s the one that got the groomer really dialed in, and the grooming dialed in for this type of snow, and it’s been like riding on a sidewalk. It’s just been that firm, and it’s some of the best conditions we’ve ever had,” said Ryan Jung, Cedar Bay Trail Co member.
“The trails set up a lot quicker now with the grooming we’ve been doing. Before, it would take almost a day and a half to get the trails set up, but now it’s an evening. We come in the evening and by the next morning the trails are perfect,” he added.
The group has continued to expand their trail map. They said they’ve been expanding north of the Cozy Cabin, and they have just under ten kilometres worth of trails. Improved grooming has led to an increase in trails as well as a longer riding season.
“Over the past couple years, we’ve done another four or five kilometres north of the Cozy Cabin towards Duck Lake. Now we’re just shy of ten kilometres of dedicated single-track. With the grooming more down-pat now, we’re able to get out there and ride sooner in the season. Our season and our riding kilometres are a lot longer than it was,” said John Sprague, Cedar Bay Trail Co member.
Fat bikes are an off-road bicycle that feature oversized tires intended for low ground pressure, which allows for riding on terrain such as snow.
Both Sprague and Jung said they’ve seen the fat biking population locally, and across the region, grow in numbers and diversity every year.
“We had a group ride last weekend. When I first moved to town, Ryan (Jung) was the only guy with a fat bike. When I came for a group ride on the weekend, there was probably eight people that I had never met before and they all owned bikes, and there was probably around 12 people total on the ride. Every year it’s getting bigger and bigger,” said Sprague.
“It’s not just guys that are out there. There’s probably more women out there riding then there are guys, so it’s a very diverse group that’s coming out. There’s a dedicated group that’s out here doing women’s group rides, so that really nice to see too,” said Jung.
When it comes to the trails, the group encourages mainly fat biking and snowshoeing. Regular walking with winter boots can alter the trail conditions.
Moving forward, in a couple months, the group is hoping to have even more fat bikes on the trails as they look to host a fun fat biking race at Cedar Bay.
“We’re going to try and organize a race this March. It would be a fun race, so look out for details for that. We’re hoping to get a lot of participants and people out for that,” said Sprague.
Jung said their public Facebook group titled Cedar Bay Trail Co is one of the best ways to find more information on the trails, fat biking, and to contact a Cedar Bay Co member. Community members can also reach out to the Facebook page if they’re looking to give fat biking a try. 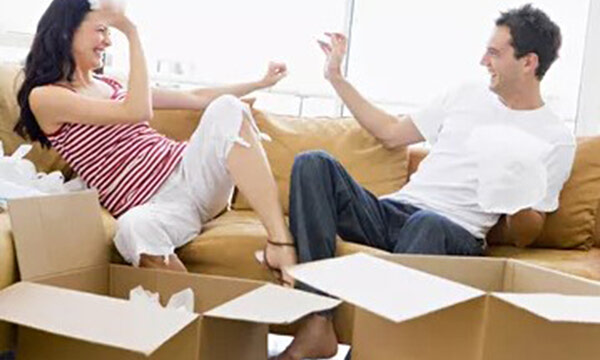 Kitchen Table Real Estate: How to Find the Right Home

Hello all. I hope you had a nice holiday and are ready for an exciting new year. May 2020 be one of the best years ever for you. Starting a new year is always exciting. We make plans and goals and work toward fulfilling them. If being a new...