In another example of community spirit being alive and well in Sioux Lookout, businesses, individuals and organizations collaborated on Family Day to put on a free, fun, outdoor event at the Town Beach for residents and visitors.

Dorothy Broderick, Drayton Cash and Carry Owner, coordinated the afternoon event, which included a bonfire with marshmallows and hot dogs for roasting, soup and hot chocolate.

Jeremy Funk created a path along the lake, which linked to a sliding hill created by Ruben Hummelen and his family. Further on down the path Funk welcomed visitors to his skating rink, where they were invited to play some hockey and warm themselves by a fire.

The entire event was free of charge.

Broderick said many people contributed to the event, which more than 120 people attended.

Derek Ayotte provided a truckload of firewood for the bonfire.

“The Nordic Nomads. I contacted them when we discovered the skating trail wasn’t safe for skating. I contacted them and asked if they would consider laying a ski trail alongside the walking path, so they did. John Bailey came out the night before to groom it and came out in the morning to do it again,” Broderick informed.

“We just came together and worked on it,” she added.

Donations were collected for a Sioux Lookout Community Help Fund.

“There was a donation bucket. Dennis Leney had written a Letter to the Editor in the newspaper regarding a community fund that he was working on… we raised $185.”

The idea behind the fund would be to assist residents with costs for medicine and medical travel.

“People were happy. They seemed to really enjoy it and that was the goal. Just to get people outside,” Broderick concluded. She plans to run the event again next year. 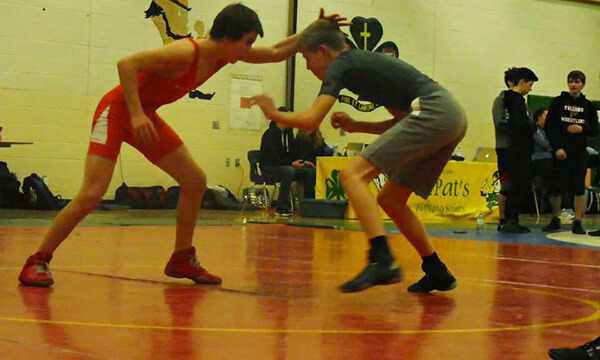