The provincial government announced last week that it is expanding access to free rapid testing kits to the general public for at-home use.

The province shared that staring Feb. 9, “Over 2,300 participating grocery and pharmacy locations will provide free rapid tests while supplies last, with a limit of one box of five tests per household per visit. Participating retailers will receive additional supply from the province each week and have the ability to determine how tests are distributed in order to best serve the community, including through appointment bookings, at checkout or through online orders.”

The province also shared, “To support access to tests for communities that have been impacted disproportionately by COVID-19 and face barriers to testing, including language, income and transportation, lead agencies working as part of the High Priority Communities Strategy will be distributing rapid tests through existing local partnerships, such as community centres, community health centres, places of worship, and food banks. Lead agencies will also have discretion to provide additional boxes depending on individual circumstances, such as a multi-generational home or an immunocompromised family member.”

Kiiwetinoong MPP Sol Mamakwa is one of eight northern NDP MPPS who have signed an open letter written to Minister of Health Christine Elliott calling on her to include northern rural communities in the provincial government’s distribution plan for free antigen tests.

That letter states, “We are writing to you today on behalf of our constituents who live in small northern communities, often hours away from any pharmacy or chain grocery stores. These Ontarians have no access to the millions of free rapid antigen tests your government is distributing.

“With this in mind, we ask that your ministry ensure that these test kits be available at nursing stations, general stores with an LCBO site and Northern community health centres to improve access to Northern rural residents.

“Minister, COVID-19 cases continue to pop up across the province regardless of the size of the community. As the province adds new measures, such as rapid antigen tests to control the pandemic, it is imperative that these tests be distributed in an equitable manner to the residents of Northern rural Ontario.”

“Providing expanded access to testing for Ontarians will support the province’s cautious approach to easing public health measures,” stated Dr. Kieran Moore, Chief Medical Officer of Health, in the Feb. 9 news release. “While testing is a critical component in our response to COVID-19, vaccination remains the best defence against the virus and its variants. Over the next few months, we need to continue following the public health measures that remain in place and vaccinate those who have yet to receive their doses to protect our communities and health care system capacity.” 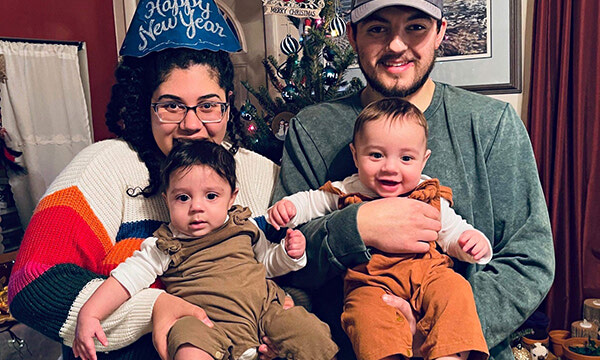 A GoFundMe campaign supporting a local family has raised $19,835.43 in donations to assist in supporting them through a medical crisis...