Entertainment series heats up with Saudade

MOVETHECOMPANY founder Joshua Beamish held a “movement workshop” for interested individuals ages 12 and up on October the 15 in preparation for Saturday’s performance and after the workshop had this to say about the following evening’s production. “The show is called Saudade, and it’s about this feeling of loss, or longing; for a moment, a person, a time, an experience, a place, that you know you can probably never return to or have back. It can be something you never really had in the first place, a longing for a feeling of something you feel is missing. You’re longing for something that you’re not even sure what it is, it’s just not there.” Beamish went on to say, “This piece is very auto biographical but abstract. So, it’s not situations verbatim that I’ve been in, it’s more like feelings or relationships I’ve had, or moments, images, feelings I remember associating with moments or people.” Beamish also took some time after the movement workshop to relate how coming from a smaller community helped set him onto his path as a dancer, stating, “Since I came from a smaller place, I had a lot of free access to studio time, The 17-year-old dancers at my school were like, ‘Sure 11-year-old, make a dance for me…’. Because it was a small town there was much less of the elitism that comes with growing up in a major center, and so by the time I was 14, I was choreographing everything for my school. But I started choreographing when I was 11. It was sort of this beautiful happenstance where, since I didn’t have access, it forced me to be creative on my own. Because I didn’t have access, I didn’t know that I couldn’t have been a dancer in all these other companies. I figured I’d start my own.”

The movement workshop was attended by 12 community members, and as Beamish explained, “Tonight was the outreach portion of the project, which is generally when we go into the community, especially these smaller communities, where we have a public interaction component which is meant to enrich the public’s knowledge of dance, the connection to the show, and hopefully to encourage people’s interest in coming back to see more dance performances from the series. So, for me, I was really focused on helping the participants understand their body in new ways. Thinking about how they can create different combinations of movements and feel, kind of like, ricochet effects through their body based on their movement choices. Then I taught them a small portion from the performance.”

As for the performance, Alyson Martin, Chairperson for the Sioux Hudson Entertainment Series had this to say, “I’ve heard very positive reviews of the show! There are different aspects of dance performances that really resonate for people, for different audience members, whether it’s the lighting, the dance, the choreography itself, the music…everything that went into the performance from the choreography right through to lighting. The timing of everything was just really well received by the audience members in attendance.” Martin went on to say, “I did get some really nice messages today from people saying that it was a really beautiful performance, it felt like we were in the big city going to a dance performance…just the caliber of the performance.”

The turnout for this second show of the season was just over 50 audience members.

As for the entertainment series moving forward, there are six more performances upcoming,

including the last two shows of 2021. The next show, happening November 6, is a two-person sketch comedy called Middle-Raged performed by Geriwinkle, Inc. (with Geri Hall and Gary Pearson), then on December 1, the Sioux Hudson Entertainment Series welcomes back musician Chantal Kreviazuk. The information for upcoming shows will be posted on the Sioux Hudson Entertainment Series website located at https://siouxhudsonentertainmentseries.ca/. 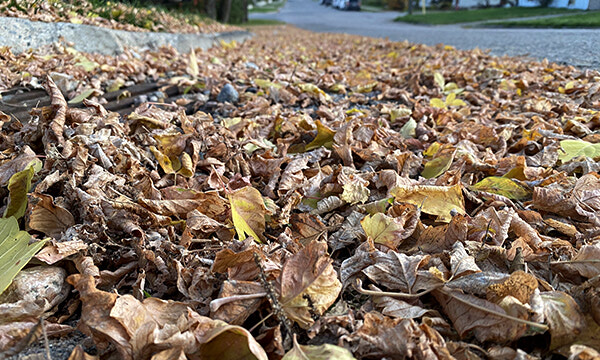 Fall in Sioux Lookout Although some trees have now shed