Emergency responders in Sioux Lookout conducted a full scale training exercise on May 10 preparing for a day they hope never comes.
Sioux Lookout Fire Chief Rob Favot explained, “We have to do some kind of a planned exercise every year… every five years we want to do a full scale exercise.”
“We want to test the airport’s emergency plan. We want to test Sioux Lookout’s emergency plan. We want to test the hospital’s emergency plan. Wasaya was involved; they wanted to test their emergency plan. It was an opportunity to bring all these agencies together and test their emergency plans. We also wanted to do an inter-agency response where police, EMS, fire, and MNRF could do a response to this scale and find out where we’re missing something on the communications part of it, or people just not knowing what to do on the scene. There’s lots of change over. Not so much in the fire department, but EMS, the hospital, the OPP. There’s new players in there so it’s always good to do these exercises,” Favot shared.
Favot said only a few people from each participating agency knew about the training exercise to make it as effective as possible.
The May 10 training exercise was to locate and respond to a “downed aircraft.”
Participants in the training exercise included Sioux Lookout Fire Department, Sioux Lookout OPP, The Municipality of Sioux Lookout, The Sioux Lookout Municipal Airport, Ministry of Natural Resources and Forestry FireRangers, NAV Canada, Sioux Lookout Meno Ya Win Health Centre, Northwest EMS (paramedic and ambulance services) and Wasaya Airways (who treated the mock downed aircraft in the training exercise as one of their planes). Sioux North High School drama club students took on the roles of passengers on the mock downed flight.
The training exercise took place on a bush road north of the airport.
Sioux Lookout OPP Staff Sergeant Karl Duewel commented, “From everybody’s point of view it was a success. I think we were pleasantly surprised to see how well communication worked. That is usually one area that you need to improve on. I think leaders that we had out in the field that took charge, from the fire department and from the OPP anyway, they did a really good job with communication and setting up command posts, dealing with information and passing it along to the fire chief and I.”
Favot added, “Overall, like Karl said, it was a really good exercise. A few areas that we have to improve on, but for the most part, it was a pretty well run operation.”
“Had it been a real incident, we would say our response would have been the best it could be,” Duewel concluded. 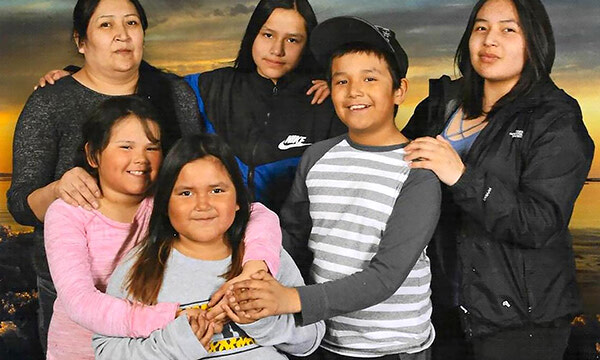 The remains of the victims of the tragic house fire that took place in the early morning of Thursday, May 2nd in Kitchenuhmaykoosib Inninuwug First Nation (Big Trout Lake) ...