Five people have been arrested and suspected illicit substances with a street value of over $152,000 have been seized in Sioux Lookout as part of Project Dogwood.
Ontario Provincial Police (OPP) shared that the investigation was led by members of the Ontario Provincial Police’s (OPP) Sioux Lookout and Dryden Community Street Crime Units (CSCU), the OPP’s Organized Crime Enforcement Bureau, Nishnawbe Aski Police Service and Treaty Three Police Service.
Assisting in this investigation were members of the Sioux Lookout OPP Detachment, CSCU Kenora, CSCU Red Lake, the OPP Emergency Response Team and an OPP Canine Unit.
“As part of this project, OPP officers executed five Controlled Drugs and Substances Act (CDSA) search warrants in the Municipality between August 18, 2022, and August 19, 2022. This investigation resulted in the arrest of five people and the seizure of suspected illicit substances with a street value of over $152,000, including cocaine and methamphetamine. A loaded handgun and over $30,000 in Canadian currency were also seized,” Sioux Lookout OPP informed.
A 29-year-old Barrie, Ontario resident, a 19-year-old Whitby, Ontario resident, and a 40-year-old Sioux Lookout resident were each arrested and charged with:

A 43-year-old and 28-year-old, both from Sioux Lookout, were arrested and charged with:

All five accused were remanded into custody and were scheduled to next appear before the Ontario Court of Justice - Kenora Regional Bail Court on Monday, August 22.
Police are asking anyone with information about the trafficking of methamphetamine or other illicit drugs, call the OPP at
1-888-310-1122. Should people wish to remain anonymous, they may call Crime Stoppers at 1-800-222-8477 (TIPS), or report online through https://ontariocrimestoppers.ca/ , where they may be eligible to receive a cash reward of up to $2,000. 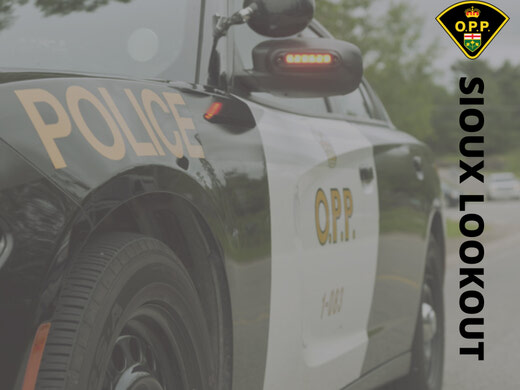 Sioux Lookout OPP are asking for the public's help as they investigate a break and enter incident...